Bringing the very best of desi entertainment to audiences around the globe, ZEE5's line-up for April includes World Digital Premiers of The Fakir of Venice starring Farhan Akhtar. 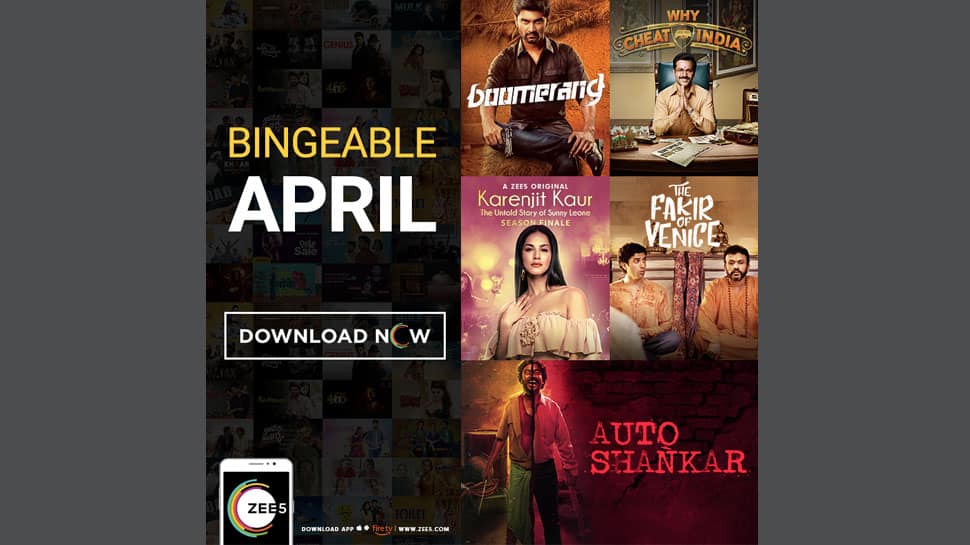 After the global digital premieres of blockbuster hits like Simbaa, Uri, Namaste England and Veere Di Wedding, ZEE5 has unveiled yet another drama-packed, star studded line-up of digital premieres and originals for its international audiences.

All this coupled with a slew of ZEE5 Originals like the season finale of Karenjit Kaur - The Untold Story of Sunny Leone and POISON which stars Arbaaz Khan in his digital debut.

The Upcoming ZEE5 Originals also include:

Tamil series Auto Shankar, which is based on the horrific true story of serial killer Gowri Shankar and his gang who committed six murders between 1988 and 1989. Starring Sarath Kumar, the series will premiere on 23rd April.

High Priestess is a Telugu supernatural thriller that follows the life of a tarot card reader who uses her gift to save her clients. Starring Amala Akkineni, Varalaxmi Saratkumar, the series will premiere on 25th April

Archana Anand, Chief Business Officer - ZEE5 Global said, "At ZEE5, our entire focus is on bringing great stories to life and sharing them with our audiences across countries. We have a fantastic lineup of stories for April that cut across genres and themes, all backed by a stellar cast. I'm delighted to share these with our ZEE5 audiences around the globe."

Pick your favourite hero for week 3 of Flix Movie League