ZEE5 has appointed DMS - the digital arm of Choueiri Group– as its Exclusive Media Representative for the Middle East market. 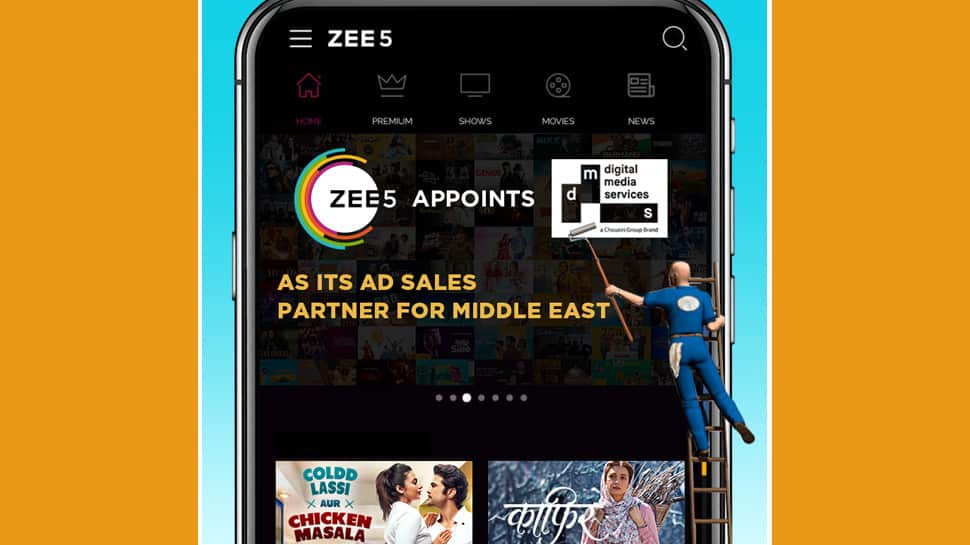 ZEE5's content caters perfectly to not only the South Asian diaspora in the Middle East but also the local population that loves Bollywood movies. The platform offers over 100,000 hours of content including 2000+ movies including latest blockbusters, exclusive Originals, TV shows and more across 17 languages (including Hindi, Malayalam, Tamil, Bengali, and Marathi). ZEE5 also packs in 60+ Live TV channels, making it a completely integrated entertainment offering. The platform follows a freemium pricing model.

Commenting on the announcement, Archana Anand, Chief Business Officer, ZEE5 Global said, “We're excited to introduce brands and advertisers in the Middle East to ZEE5 and help them effectively reach out to their desired audiences. Our tie-up with DMS is part and parcel of this drive to make ZEE5 a premier advertising platform for regional advertisers in the market.”

DMS' Chief Operating Officer, Michel Malkoun also expressed his views on the new partnership and stated, “We are excited to partner up with ZEE5, and welcome them to the DMS family. As video content leaders in their own respective right, we are confident that ZEE5 will be able to extend unmatched audience engagement opportunities to regional brands”.

ZEE5 can be downloaded from Google Play Store or iOS App Store. It is also available on Samsung Smart TV, Apple TV, Android TV, Amazon Fire TV and on www.zee5.com.