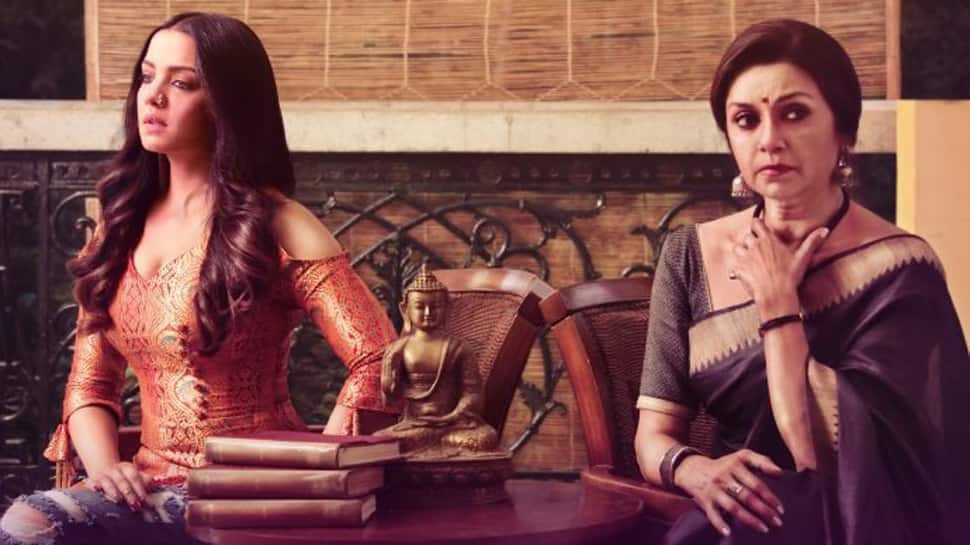 The film has become India's first-ever feature to collaborate with United Nations Free and Equal. The film deals with Article 377 and the LGBTQIA community. "Since Rituda was very vocal about the cause, this comes up as a vital issue in the film. It's weaved in subtly and that's probably the beauty of the tale," says director Ram Kamal. The film has two songs in the Maithili language composed by Rabindranath Tagore and has been shot in beautiful locales in Kolkata by cinematographer Pravatendu Mondal.

Aparna Acharekar, Programming Head, ZEE5 India says, "We are extremely happy to have author turned filmmaker Ram Kamal Mukherjee's Hindi feature film A Tribute to Rituparno Ghosh: Season's Greetings premiering exclusively on ZEE5, soon. We are happy to announce the first look on the 56th birth anniversary of Rituparno Ghosh and hope every cine lover will appreciate the film. Season's Greetings deals with human emotions, interwoven with many contemporary social aspects which one needs to address and has powerful performances by Celina Jaitly Haag and Lillette Dubey.”

"I am extremely delighted that our film will be premiered on ZEE5, and I would like to thank Tarun Katial and Jay Pandya who saw the potential in our content. I feel that while it's very important to make good content, it's equally important to get an equally good platform to showcase your work," says director Ram Kamal Mukherjee.

Celina Jaitly Haag, the lead actor from the film says, "It is great to associate with a massive platform like ZEE5. This is a special film and it was indeed a pleasure to work with Director Ram Kamal Mukherjee and the entire cast and crew of the film. When Ram Kamal narrated the story to me, I immediately connected with Romita's character because she is real, just like any character from Rituparno Ghosh's film. Since the last two decades, I have been closely working with LGBTQIA cause and this film deals with issues related to the community and abolishment of article 377. This film is about the celebration of love and freedom.”

Lillette Dubey said, "I am glad to be a part of Ram Kamal's film Season's Greetings, which will premiere on ZEE5 soon. I always wanted to work with Rituparno Ghosh, unfortunately, he left too early. I am happy to be a part of a film that pays homage to such a wonderful filmmaker.”

Aritra Das from Assorted Motion Pictures feels honoured to be associated with one of India's leading digital platforms. "We couldn't have asked for anything better than ZEE5. This film was an ambitious project for all of us and we waited for the best platform. I think it's all about the right content,"

Set in Kolkata, the film revolves around a mother and daughter relationship. The first look of the film was revealed by Bollywood legend Amitabh Bachchan on 56th birth anniversary of late Rituparno Ghosh on August 31st. In a special video message to director Ram Kamal Mukherjee, he expressed, "Ram Kamal worked as a journalist for more than 20 years and has written five books which fetched him many accolades. Now, Season's Greetings is his second Hindi film and I wish him and the entire team all the best for this wonderful tribute to Rituparno Ghosh, one of Bengal's most celebrated filmmakers."

Producer and music director Shailendra Kumar feels that this unique step will help the film in reaching out to larger number of people. "Being a Kishore Kumar fan, I grew up watching Amit Ji films. I know almost all his blockbuster songs by heart. When Ram Kamal da mentioned that Amitji would unveil the poster of our film, I just couldn't believe. In fact, for a while I thought he was pulling a prank on me," says Shailendra Kumar from SS1 Entertainment.