Specially curated for our Global audiences, it's a blend of hit movies, all new episodes and new releases across languages for you to kick back and unwind with, this weekend. 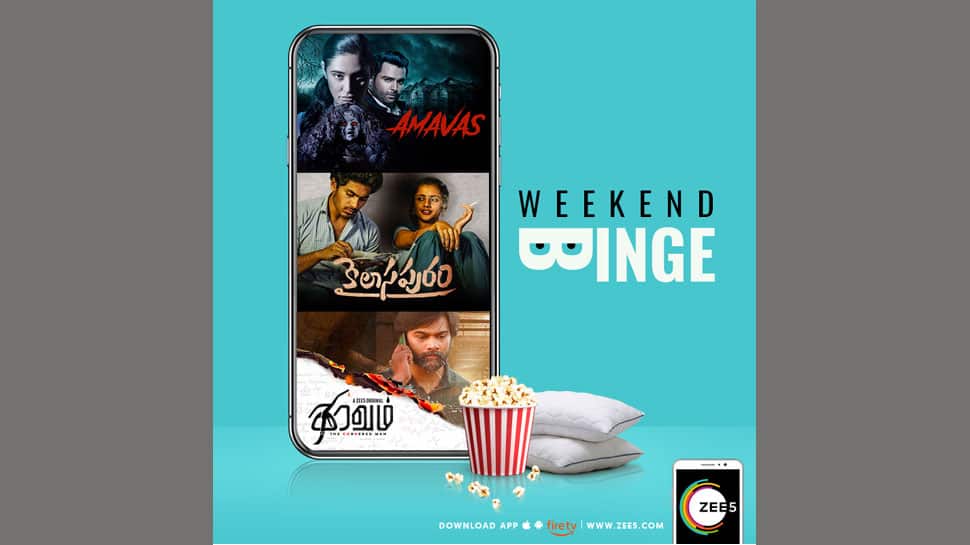 Get your entertainment fix of the best snackable, binge-able and downloadable content with ZEE5's weekend entertainment mix. Specially curated for our Global audiences, it's a blend of hit movies, all new episodes and new releases across languages for you to kick back and unwind with, this weekend.

Amavas (Hindi) starring Nargis Fakhri, Sachin Joshi and Mona Singh, is a horror film revolving around a couple whose romantic trip to a summer mansion in remote England turns into a nightmare when the house turns out to be haunted.

Kailasapuram (Telugu) a new Original series is a coming-of-age story about five teenagers who get into drug dealing. However, their world is turned upside down when one of them dies.

Dhilluku Dhuddu 2 (Tamil) is a horror comedy that follows the unique romance of an autorickshaw driver Viji, who is made to fall in love with a girl who is protected by a ghost.

Comedy Shots, ZEE5's foray into stand-comedy, is what you need to wind down on Sunday evening, with back to back stand-ups from comedians like Sanjay Rajouria and Gaurav Kapoor and others.

Thiravam (Tamil) is a ZEE5 Original which follows the life of a high-school dropout turned scientist who shot to fame when he claimed to have invented herbal fuel without using any petrochemicals, a move that would have revolutionized the petroleum industry. This Tamil original is now available in Hindi, Telugu, Kannada and Malayalam