Eighth seed Barty joins 1969, 1970 and 1973 champion Margaret Court and 1971 winner Evonne Goolagong-Cawley on the list of Australian women who have lifted the trophy in the professional era. 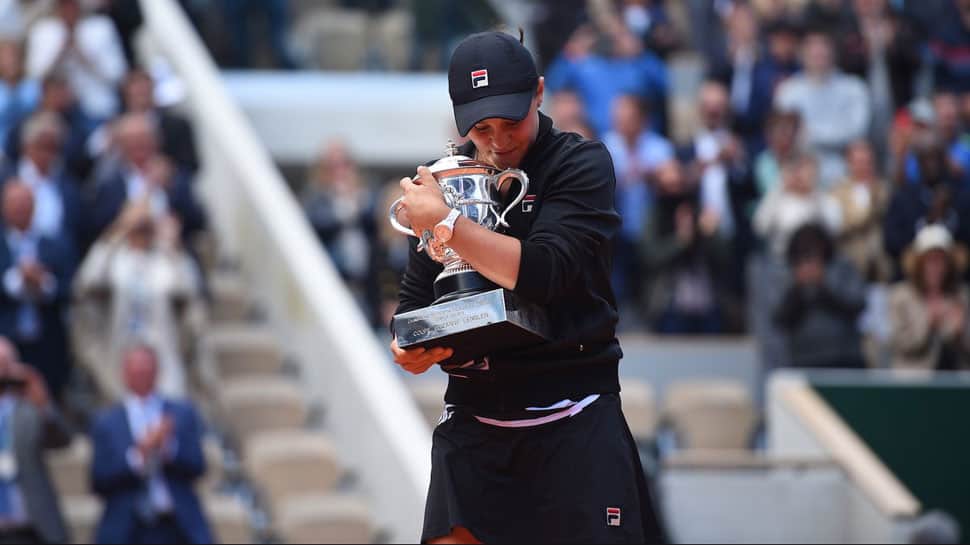 Eighth seed Barty joins 1969, 1970 and 1973 champion Margaret Court and 1971 winner Evonne Goolagong-Cawley on the list of Australian women who have lifted the trophy in the professional era.

Barty raced to a 4-0 lead as she breezed through the opening set, taking full advantage of 19-year-old Vondrousova`s early jitters.

Vondrousova, who was hoping to become the first teenager to lift the Suzanne Lenglen Cup since Iva Majoli in 1997, offered more of a challenge in the second set, but Barty was always in control.

Barty reached the final of her first tournament of the year in Sydney and her first Grand Slam quarter-final at the Australian Open two weeks later.

Two singles victories over American opponents helped Australia enter into the final of the Fed Cup and the wins kept coming on the WTA tour with her fourth career title secured in March at the Miami Open.

She has had some help along the way over the last two weeks in Paris, with potential opponents Serena Williams, Naomi Osaka and Simona Halep all removed from her path to a first Grand Slam final by upsets.

Barty has impressed many with her cool demeanour in a sport where mental fragility is commonplace, though, and she needed every bit of that composure in her rollercoaster ride of a semi-final against Anisimova, which she won 6-7 (4) 6-3 6-3.

"I`m just proud of myself the way I was able to fight and scrap and hang in there and find a way," she told reporters in Paris.