Australian Open 2019: Leander Paes knocked out after 1st round loss in men's doubles

Divij Sharna and Rohan Bopanna further failed to make their presence felt, crashing out in the first round against Pablo Carreno Busta-Guillermo Garcia Lopez, with the three-set encounter ending 6-1, 4-6 and 7-5 in favour of the latter. 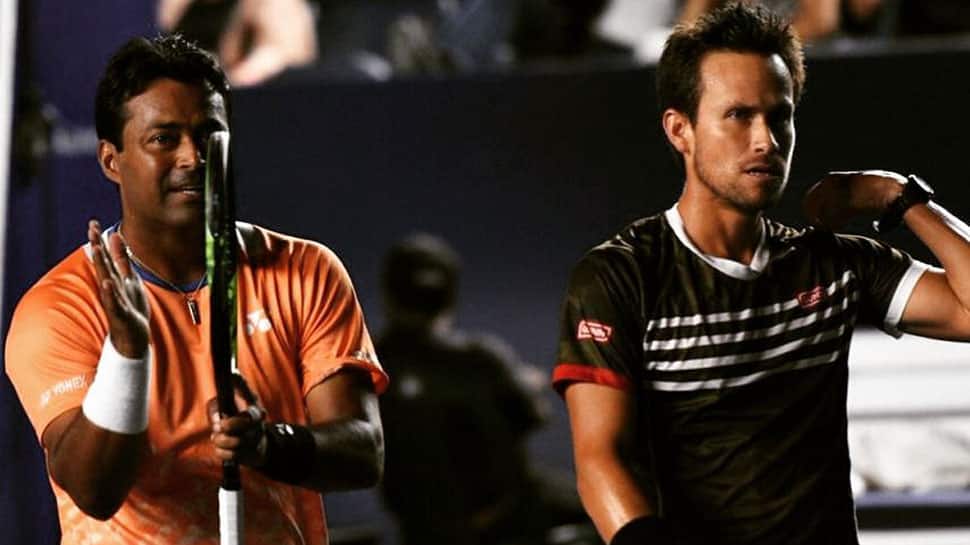 India's Australian Open 2019 campaign kicked off on a poor note as Austin Krajicek and Artem Sitak recorded a 5-7, 6-7(4/7) win against legendary tennis player Leander Paes and his doubles partner Miguel Angel Reyes-Varela in the first-round of the men's doubles category.

Divij Sharna and Rohan Bopanna further failed to make their presence felt, crashing out in the first round against Pablo Carreno Busta-Guillermo Garcia Lopez, with the three-set encounter ending 6-1, 4-6 and 7-5 in favour of the latter.

Not only this, there was another rude shock in store for the Indian fans N Monroe- Jeevan Nedunchezhiyan crashed out in the Round of 64 against Kevin Krawietz-Nikola Mektic, losing by a 6-4, 6-7(8/10) and 5-7 margin.

The Australian Open 2019 has already witnessed the unexpected exit of British star Andy Murray, who crashed out in the first round on Monday as Roberto Bautista Agut held off a thrilling fightback from the ailing Briton to claim a 6-4 6-4 6-7(5) 6-7(4) 6-2 epic win.

A teary-eyed Murray had previously revealed that the Australian Open could very well be his last tournament as a professional.

"Maybe I`ll see you again, I`ll do everything possible to try," the three-times Grand Slam champion had said.

"I`ve honestly loved playing here over the years... if this was my last match, like you say, (it`s) an amazing way to end, I gave literally everything I had," he had added.