Federer, who is targetting a third consecutive title and a record seventh title, recorded an easy win against Denis Istomin in the first round, before being given a tough fight by his 28-year-old opponent. 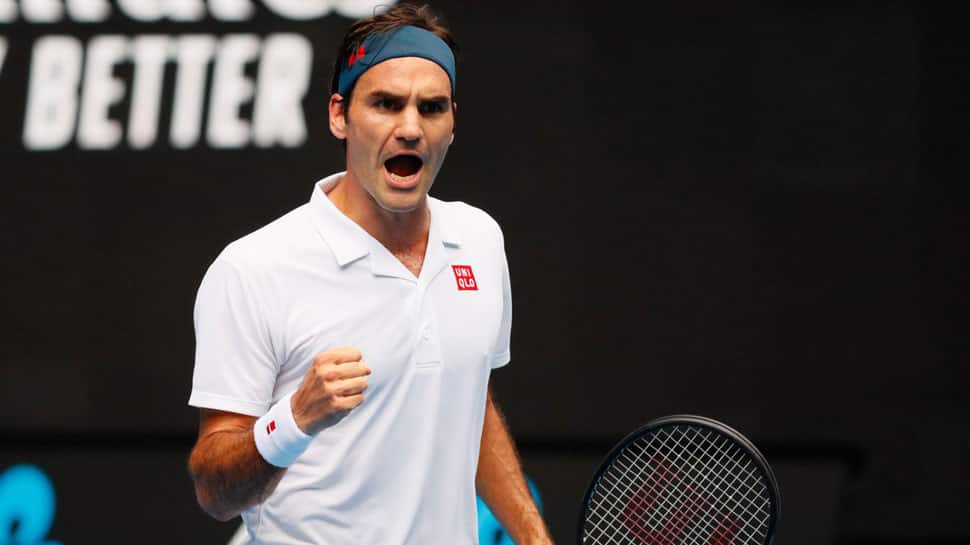 Defending champion Roger Federer on Wednesday, reached the third round of the Australian Open for a 20th straight year, after being pushed till the very end by British star Dan Evans in a clash which ended 7-6 (7/5) 7-6 (7/3) 6-3.

Federer, who is targeting a third consecutive title and a record seventh title, recorded an easy win against Denis Istomin in the first round, before being given a tough fight by his 28-year-old opponent, who is currently ranked 189 in the world rankings.

"I think if I could have pulled away early in the match it might have been different," said the 37-year-old legend, who recorded a win in 2 hours and 35 minutes.

Evans delivered an excellent performance to lead 5-3 in the tie- breaker, after recorded a career high ranking of 41 before being handed a year-long ban for testing positive to cocaine in April 2017.

However, Federer made a comeback when it mattered the most, securing a hard-fought opening set after an hour.

The 37-year-old tennis star was full of praise for his opponent, who needed treatment for blisters on both feet before the second set, but refused to give up till the very end.

"I thought I might have pulled away midway through the second set," added Federer.

"But I couldn't, to his credit. He played well," he added.

Federer will next battle it out against American Taylor Fritz or France's Gael Monfils, in the last 32.

Australian Open 2019: Leander Paes knocked out after 1st round loss in men's doubles