Nishikori, who lost in the round of 16 to Roger Federer last year, will now meet Croatian veteran Ivo Karlovic, who defeated Polish Hubert Hurkacz 6-7, 7-6, 7-6, 7-6. 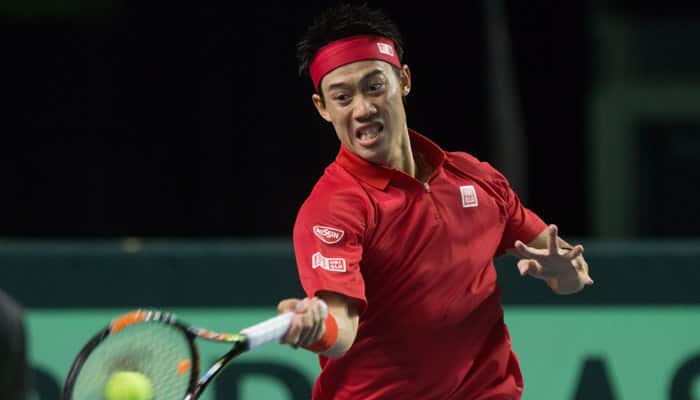 Japan`s Kei Nishikori advanced to the second round of the Australian Open after Polish wild card Kamil Majchrzak retired due to cramping during their first round at Melbourne Park.

The Japanese, who came to Melbourne fresh off a win in Brisbane, was taken by surprise by Majchrzak, who is ranked 176th and began cramping badly after winning back-to-back sets, reports Efe news.

Nishikori, who lost in the round of 16 to Roger Federer last year, will now meet Croatian veteran Ivo Karlovic, who defeated Polish Hubert Hurkacz 6-7, 7-6, 7-6, 7-6.

Elsewhere, Venezuela's Garbine Muguruza also advanced to the second round of the Australian Open after beating Zheng Saisai in straight sets in their opening women's singles clash.

The two-time Grand Slam champion, and a quarterfinalist in Melbourne in 2017, played seamlessly in the first set against Zheng, dropping just two points in her first three service games, piling up the pressure on her opponent, who cracked first, giving the Spaniard a break at 4-2, reports Efe news.

Muguruza batted away a break-back point and reeled off the last two games and quickly wrapped up the opening set.She had a wobbly start to the second set as Zheng came back into the game and secured a 5-1 lead.