Reigning Wimbledon and U.S. Open champion Djokovic will meet 15th seed Medvedev in the fourth round of the Australian Open. 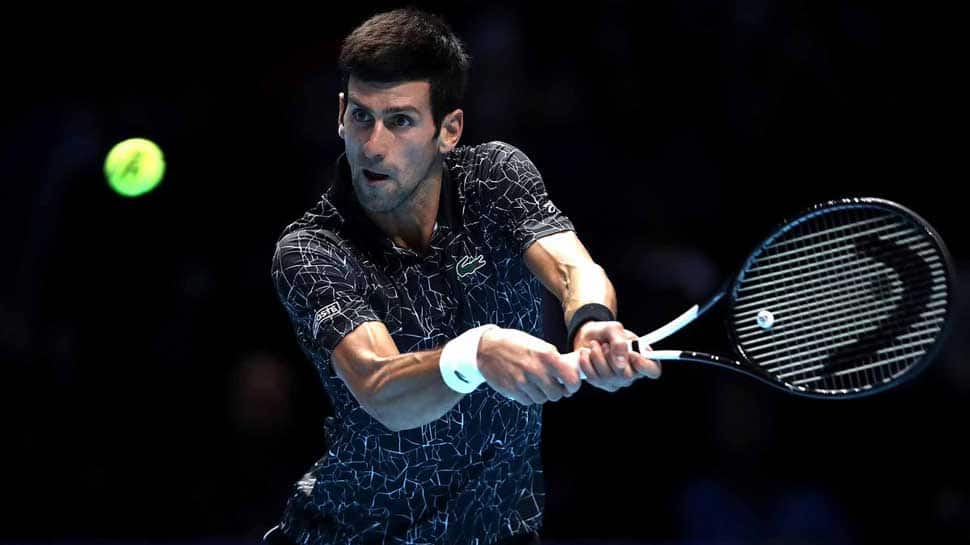 Top seed Novak Djokovic regained his composure after a third-set meltdown to stave off the challenge of Canadian teenager Denis Shapovalov and reach the fourth round of the Australian Open with a 6-3, 6-4, 4-6, 6-0 victory on Saturday.

The win guaranteed the Serb will remain number one in the world when the new rankings are released on Jan. 28 and set up a clash against another young gun in Russian Daniil Medvedev for a place in the quarter-finals.

Djokovic had run up a 17-match winning streak against left-handers at Grand Slams since losing to Rafa Nadal at the 2014 French Open final and there were few early signs that he would not be able to extend it to 18.

Shapovalov knew he would have to go for his shots if he was to have any chance of winning and although he did end up hitting five more winners than the Serb, it came at the cost of 24 more unforced errors.

"Other than the little letdown that I had in the third set ... I thought I played well, especially in the fourth set.I expected Denis to come out and be aggressive. I just stayed solid from back of the court and served well, played the right shots," Djokovic told reporters.

The 14-time Grand Slam winner stamped his authority early on by breaking the 19-year-old`s serve three times and converted his only break point opportunity in the second set while leading 5-4 to double his lead.

The 31-year-old lost his cool in the third set when his request to have the artificial lighting turned off was ignored and, muttering angrily to himself, he gave up consecutive breaks of serve to concede the set.

"I don`t remember having lights in the past years at 5 p.m. Maybe I`m wrong, maybe not. I just felt with such a low position of the sun, the lights being switched on at 5 p.m. was completely unnecessary," Djokovic said.

"It was very bright. There was no reason for the lights. But the explanation that I got from the supervisor was that TV requested that. Whatever TV says, we have to respect I guess."

The Serb let out his frustration with a huge roar when he broke Shapovalov early in the fourth, though, and romped through the rest of the set to remain on course for an unprecedented seventh title at Melbourne Park.

"I was agitated. As I said, should not happen to me. I know better. I have experience. But it does happen, I guess," Djokovic added. "I allowed him to come back to the match."

Former Wimbledon junior champion Shapovalov said playing Djokovic on Rod Laver Arena was a career highlight in itself but he hoped he was not too far away from winning such encounters.

"To play a champion like him in a court like that in an event like this, it`s a dream come true for me. During the match, I was smiling, enjoying my time out there. It was a lot of fun," he said.

"At the same time I do want to compete against these guys in the future, in the near future," Shapovalov added.

Reigning Wimbledon and U.S. Open champion Djokovic will next meet 15th seed Medvedev, who notched up his best Grand Slam showing to date by reaching the fourth round with a 6-2 7-6(3) 6-3 win over David Goffin of Belgium earlier in the day.