Osaka fought back from a set and 4-1 down against Taiwan`s Hsieh Su-wei in the third round at Melbourne Park and showed her determination in winning two more three-setters to keep a 13-match victory streak in Grand Slams running. 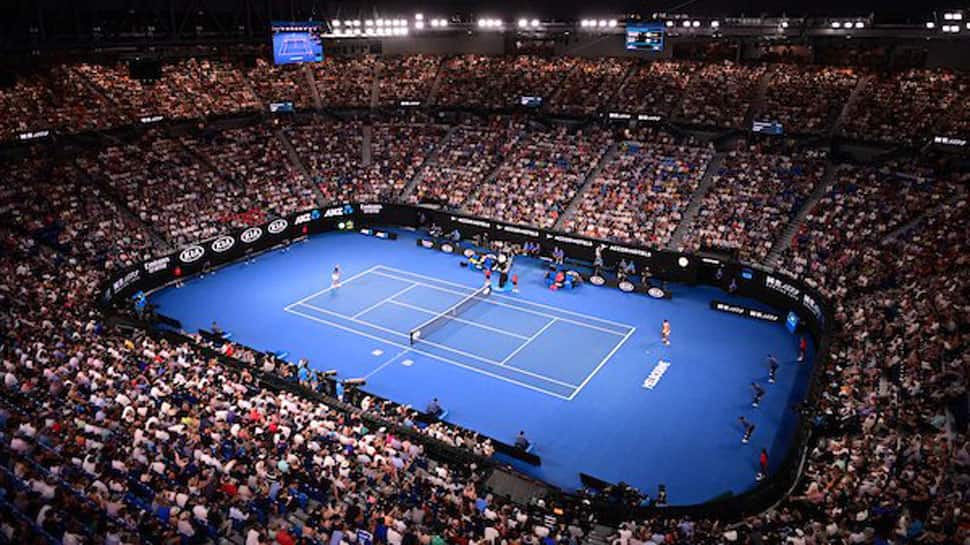 The rewards could not get bigger when Petra Kvitova takes on Naomi Osaka in Saturday`s Australian Open final with one of them set to emerge as a fresh champion at Melbourne Park as well as the new world number one.

Four months after stunning 23-times Grand Slam champion Serena Williams in the final of the U.S. Open last September, 21-year-old Osaka is one win away from becoming the first player since Jennifer Capriati to win the next Grand Slam after her maiden major title.

The fourth seed, one of the cleanest strikers of the ball in women`s tennis, is not expecting it to be a cakewalk, especially being pitted against an opponent as aggressive as Osaka and also more experienced with two Wimbledon titles under her belt.

Osaka fought back from a set and 4-1 down against Taiwan`s Hsieh Su-wei in the third round at Melbourne Park and showed her determination in winning two more three-setters to keep a 13-match victory streak in Grand Slams running.

She will need all of that grit if she hopes to stop Kvitova, who is yet to drop a set en route to her maiden Australian Open final, in their first career meeting.

"I think to have the opportunity to play her for the first time in a final of a Grand Slam is something very amazing," Osaka told reporters after her semi-final win. "I`ve watched her play the Wimbledon finals.

"I know what a great player she is. It`s definitely going to be very tough for me."

Kvitova is one match away from capping one of the most inspiring comebacks in the history of the sport, having had to undergo a nearly four-hour surgery on her playing hand in 2016 after being attacked by a knife-wielding intruder at her home in the Czech Republic.

She missed the 2017 tournament at Melbourne Park while recovering from the surgery and it was just not a case of overcoming a physical injury as the attack left an indelible mental scar too.

"I have been in the final of the Grand Slam, but this is a little bit different," she told reporters on Friday.

The 28-year-old, currently sixth in the rankings, won the Sydney International warm-up before arriving in Melbourne and has not looked back, having strolled past her opponents in a 11-match winning streak.

Saturday could, however, be a different fight against the big-hitting Osaka, who hammered 56 winners and clubbed 15 aces to defeat another Czech player in Karolina Pliskova.

"I need to play my best tennis, what I can say. I think Naomi is on fire. She`s in very good form," Kvitova said.

"She`s an aggressive player, which I am, as well. So I think it will be about who gonna take the first point and push the other a little bit."

With both players evenly matched in their aggressive play and ability to serve big, Kvitova`s coach Jiri Vanek believed the player with the bigger heart will win Saturday`s contest.

Vanek`s opposite number Sascha Bajin believes Osaka`s fitness and mindset will give her the edge in rallies.

The number one ranking will be the cherry on the top for the winner as she will unseat Romanian Simona Halep, who was ousted by Serena Williams in the fourth round, at the top spot of the women`s game on Monday.

It will be a first-ever week as world number one for either players as Osaka is at her career-best ranking at fourth, while Kvitova climbed as high as second during 2011.