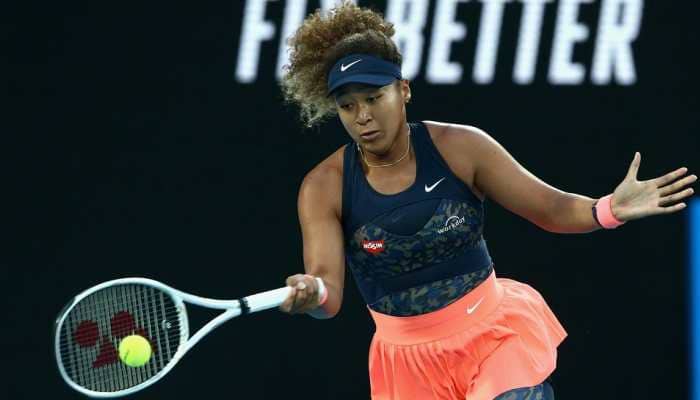 Naomi Osaka on Saturday won her fourth Grand Slam title as she defeated Jennifer Brady in straight sets to clinch the women’s singles final of the 2021 Australian Open. The Japanese won the match 6-4, 6-3. Osaka, the first Japanese player to win a major, extended her winning streak to 21 matches with this victory. 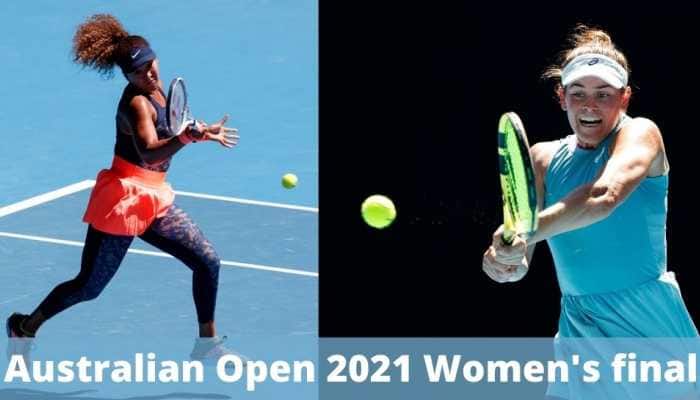 While some of those in hard quarantine complained about not being able to train before the Grand Slam, Brady likened it to a long decompression session that probably helped her bulldoze through the draw against better-prepared players. Now the rising 25-year-old faces the ultimate test of her resilience against Osaka. 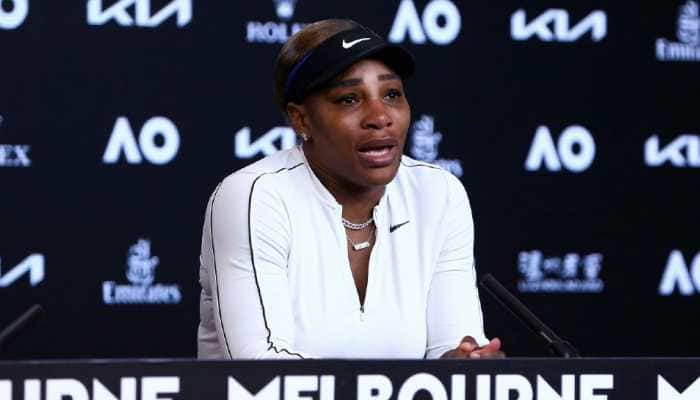 Serena Williams won her last major title in 2017 at Melbourne Park before taking a break from the sport to give birth to daughter Alexis Olympia, and has lost four major finals since returning to tennis in 2018. The 39-year-old, who is one Grand Slam short of Margaret Court’s record, walked off Rod Laver Arena to a standing ovation on Thursday. 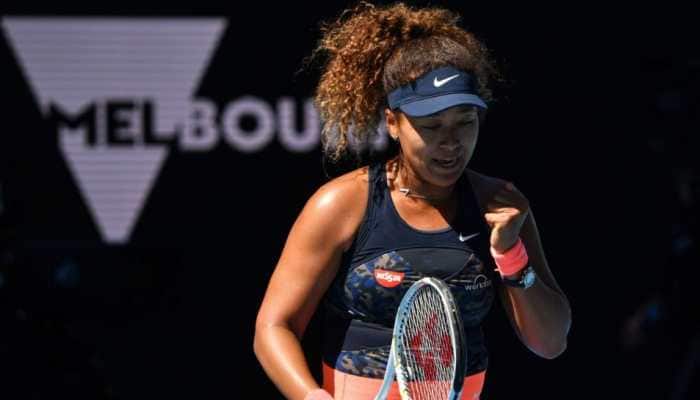 Naomi Osaka defeated Serena Williams in straight sets in the Australian Open 2021 semifinals to reach the final. She will face the winner of second semifinal between Karolina Muchova of Czech Republic and Jennifer Brady of the United States for the year's first Grand Slam title. 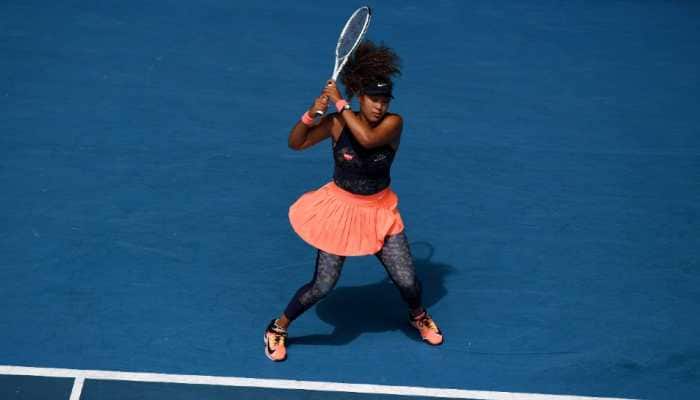 Seeded third, Osaka reached 122 mph (196 kph) on her serve against Hsieh. She hit seven aces, lost only two points on her first serve and was never broken. Osaka also played excellent defense, such as in the final game, when she raced forward to chase down a drop shot. 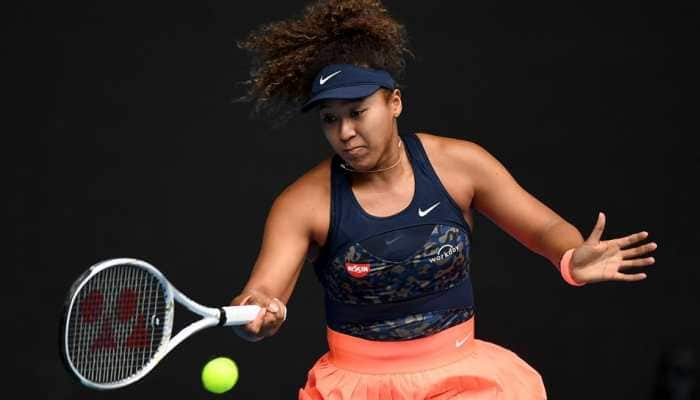 Fans remained absent from Melbourne Park for a second day because of the state of Victoria`s coronavirus lockdown and Osaka`s victory was greeted with taped applause piped into the stadium. "I`m tired right now, that was tough," said Osaka, who mixed 40 winners with 36 unforced errors over the contest. 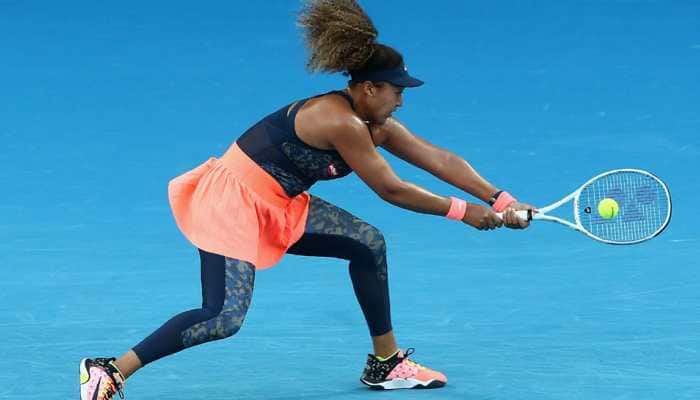 The Japanese third seed fired six aces at her French opponent in the first set and four in the second. Garcia was unable to muster up a single break point over the contest. The 2019 Australian Open champion said she had started the match wary of the threat posed by Garcia, a former world number four now ranked 43rd. 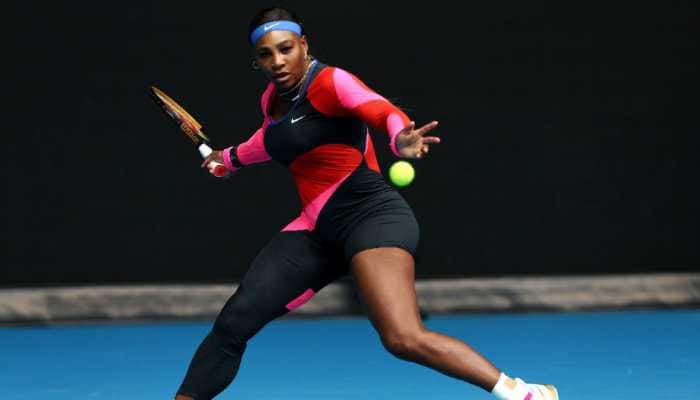 Williams wore a colorful one-legged catsuit, and her game looked flashy, too. She lost only nine points on her serve and hit 16 winners. Her sister, Venus, won a Grand Slam match for the first time since 2019. Playing in her 21st Australian Open, the elder Williams beat Kirsten Flipkens 7-5, 6-2. 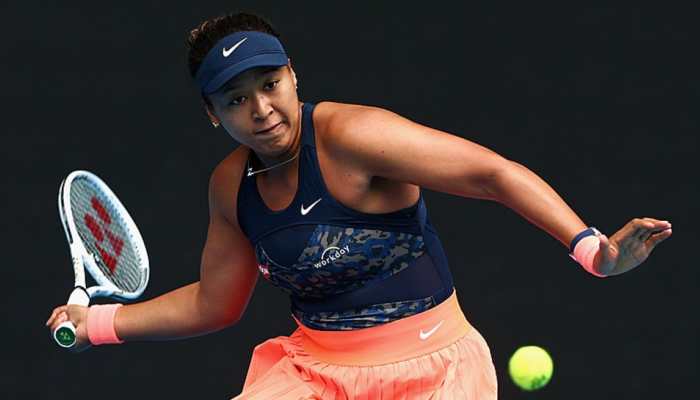 Osaka pulled out of the semi-final of the Gippsland Trophy with a shoulder niggle but betrayed no sign of injury to the smattering of spectators in the centre court terraces. Osaka next faces Caroline Garcia for a place in the third round. 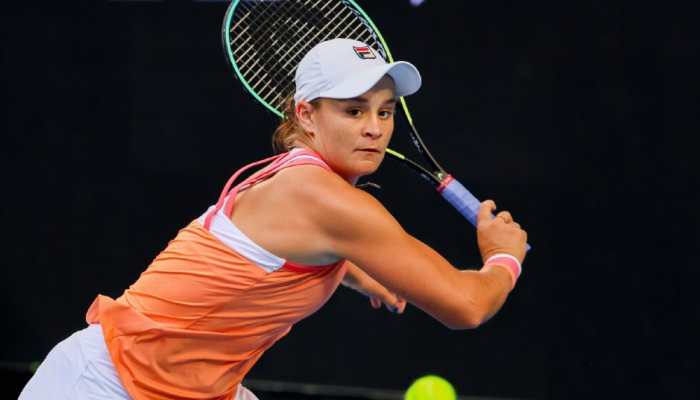 World No. 1 Ash Barty will play American Shelby Rogers in the quarterfinals of the Yarra Valley Classic and could potentially face Serena Williams in the semifinals. Williams was playing Tsvetana Pironkova in a night match on Margaret Court Arena. 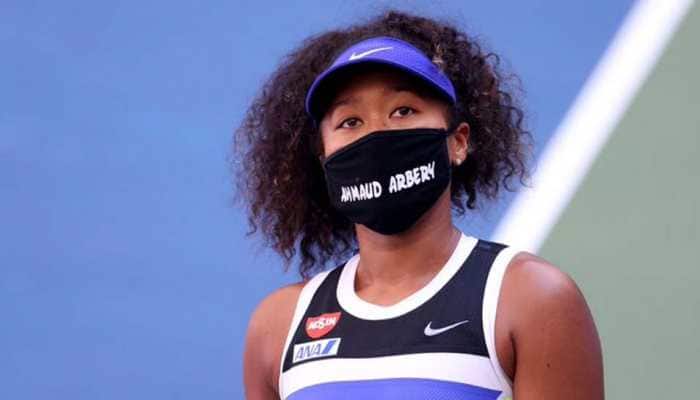 Naomi Osaka pulls out of French Open with hamstring injury 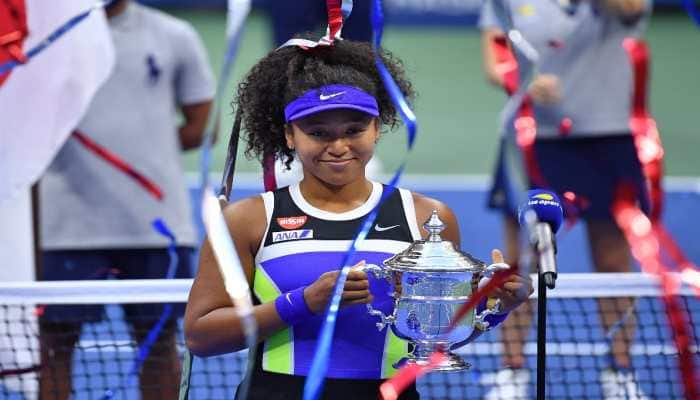 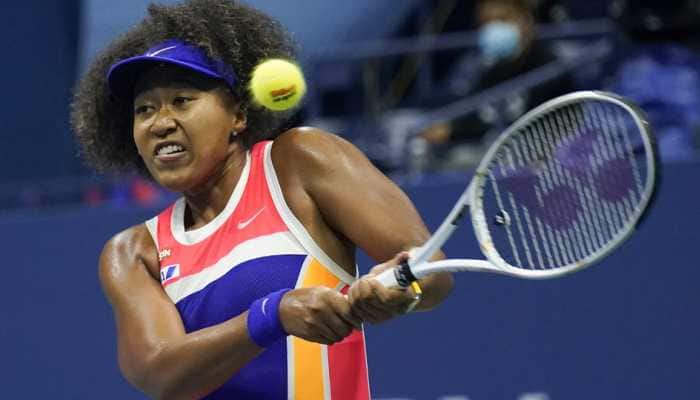 Naomi Osaka ended Victoria Azarenka`s dream run to claim her second US Open title in three years with a 1-6 6-3 6-3 comeback win on Saturday which cemented her status as the sport`s leading light both on and off the court. 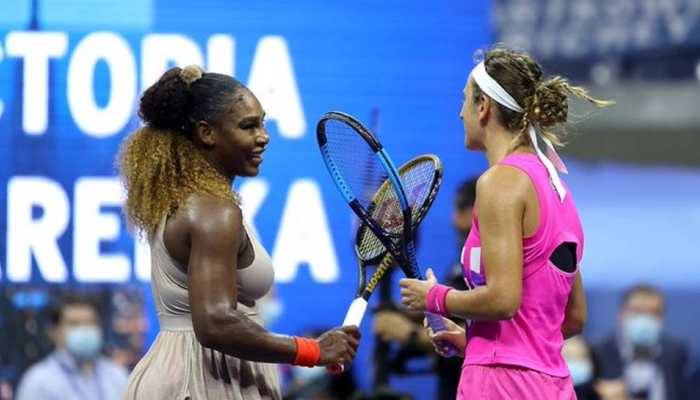 The Belarusian has now set up a clash against Japanese tennis player and world No.10 Naomi Osaka in the final of the Grand Slam event. 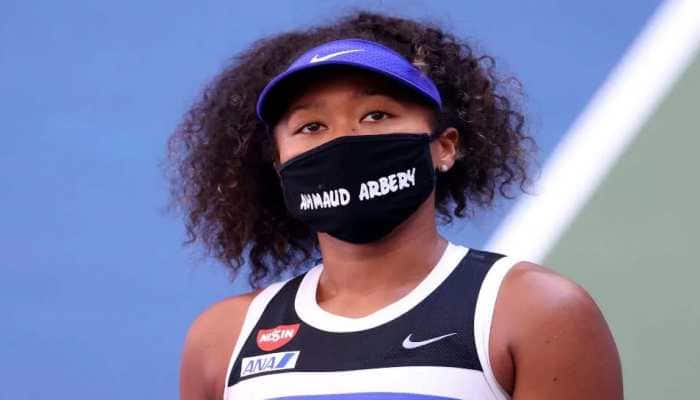 Two-times Grand Slam champion Naomi Osaka advanced to the U.S. Open final for the second time in her career with a 7-6(1), 3-6, 6-3 victory over big-hitting Jennifer Brady on Thursday. 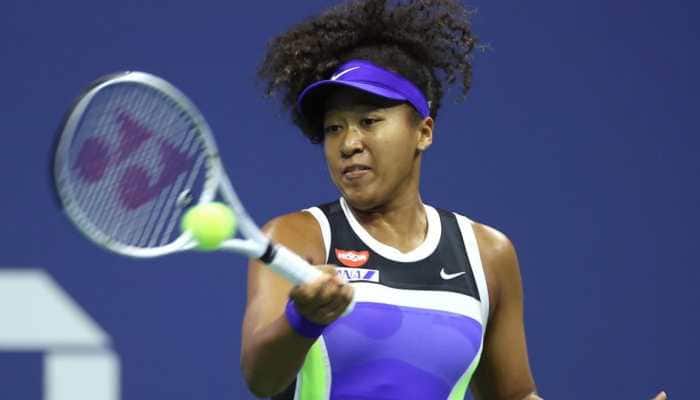 The Japanese player stayed on track for a second major at Flushing Meadows with a convincing win in the quarters. She will next face American Jennifer Brady in the semis 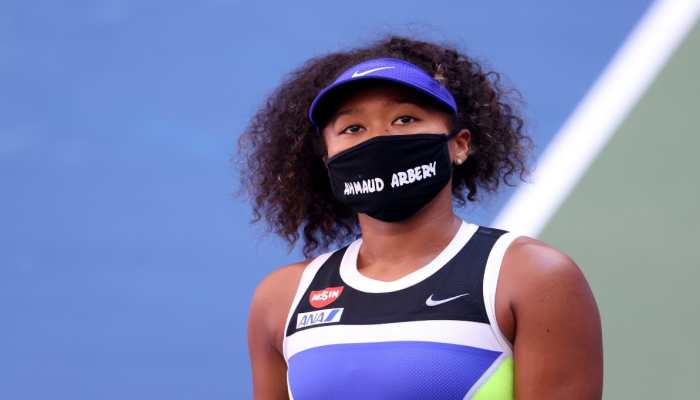 The 2018 US Open champion has been at the forefront of the Black Lives Matter movement. In each round, the player born to a Haitian father and Japanese mother, is wearing a different mask which bears the name of a black victim 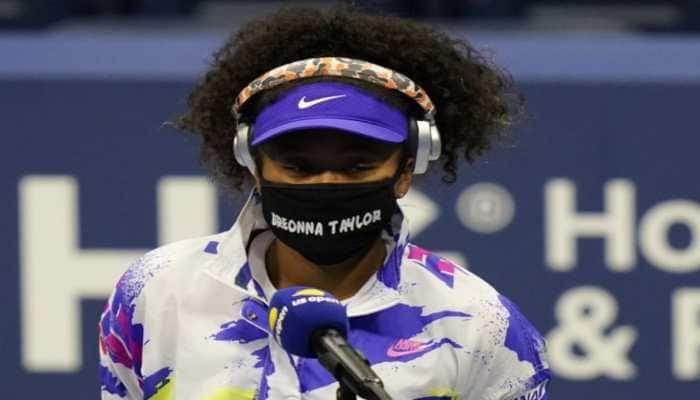 The former US Open champion walked onto court with a mask bearing the name of Breonna Taylor, a Black woman killed by police officers in March 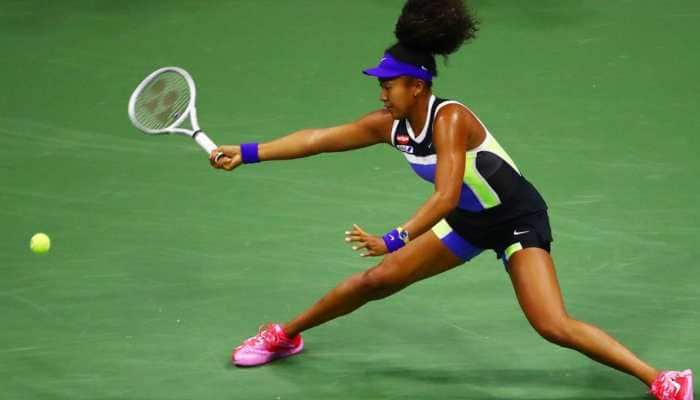 Osaka, the 2018 US Open champion, defeated her compatriot in the first round at Flushing Meadows. The Japanese had been forced to withdraw from the Western & Southern Open final on Saturday because of a hamstring injury. On Thursday, Djokovic eased past Germany's Jan-Lennard Struff 6-3, 6-1 in a one-sided quarter-final contest.