Roger Federer zeroed in on a 20th Grand Slam title Wednesday with Chung Hyeon next in his Australian Open firing line as dominant Angelique Kerber and Simona Halep raced into a semi-final showdown. 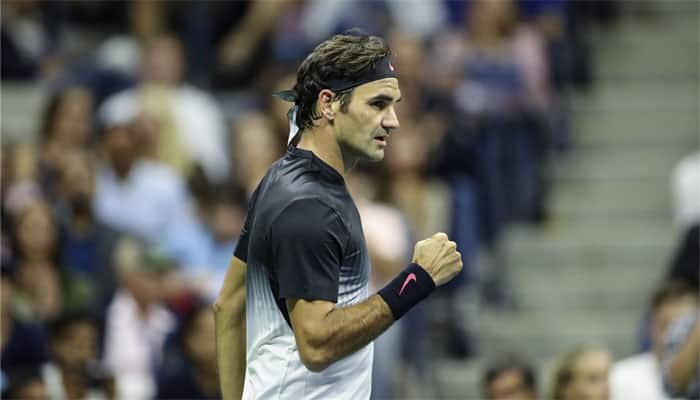 Roger Federer zeroed in on a 20th Grand Slam title Wednesday with Chung Hyeon next in his Australian Open firing line as dominant Angelique Kerber and Simona Halep raced into a semi-final showdown.

He now faces Chung on Friday for a place in the final after the unseeded South Korean kept his dream run going by battling past American Tennys Sandgren 6-4, 7-6 (7/5), 6-3 to become the lowest-ranked semi-finalist since Marat Safin in 2004.

Germany`s Kerber, champion two years ago, swept aside Madison Keys 6-1, 6-2, easily taming the American`s big serve and will go into her clash with the world number one on a 14-match win streak.

Top seed Halep was equally impressive on Rod Laver Arena in thumping sixth seed Karolina Pliskova 6-3, 6-2, reeling off nine games in a row after going 0-3 behind in the first set.

Defending champion Federer, chasing a sixth Australian title, held a 19-6 lead over the Czech 19th seed going into the match and after a close first set, it was one-way traffic.

"I`m very happy I got out of that first set, it was key to the match in the end," he said, adding that he was excited to now be up against Chung.

"It`s great to see new names on the scene. He reminds me a lot of Novak (Djokovic)."

Ranked 58, the bespectacled Chung, nicknamed "The Professor", proved too hot for his fellow quarter-final rookie Sandgren, although he needed six match points before claiming victory.

"I never played in second week of a Grand Slam, so I`m really surprised," said the delighted Suwon native, who is the first player -- man or woman -- from his country to reach a Grand Slam semi-final.

"I`m just trying to stay focused," added the 21-year-old as he prepares to face Federer, having already knocked out an injured Djokovic.

Sandgren, who wiped his Twitter account ahead of the game after being dogged by controversy over his political views, paid tribute to the Korean.

"He`s a fantastic player," he said, adding that he was also upbeat about his own future after a breakthrough tournament.

"I`m excited about that. Hopefully I can keep playing well."

Kerber, who won the title in 2016, is in scintillating form after an unbeaten singles campaign in the Hopman Cup and her triumph in the Sydney International warm-up.

Keys was expected to be a stiff challenge, having not dropped a set en route to the quarters, but she melted under the German`s relentless groundstrokes and pinpoint return of serve.

"I`m just trying to find the feeling back I had like 2016," said Kerber, who had a forgettable 2017 after winning not only in Australia but also the US Open in 2016.

"Madison is a hard hitter, and she served good. So I was trying to play from the first point aggressive and moving good and also bringing a lot of balls back," she added.

The win ensures Kerber, seeded 21, will move back into the world`s top 10.

Halep is next for her on Thursday, with the nuggety Romanian taming towering Czech Pliskova`s serve to scamper into the last four for the first time in Melbourne.

"I didn`t have the best start, but I restarted after three games. I stopped missing so much and moved better," said Halep, who showed no signs of the ankle injury that has been troubling her in previous rounds.

She is wary of Kerber and vowed to "stay calm and play like I did today".

"I have the plan in my head. I know most of the time where she`s hitting. That`s why maybe I can win against her," she said.