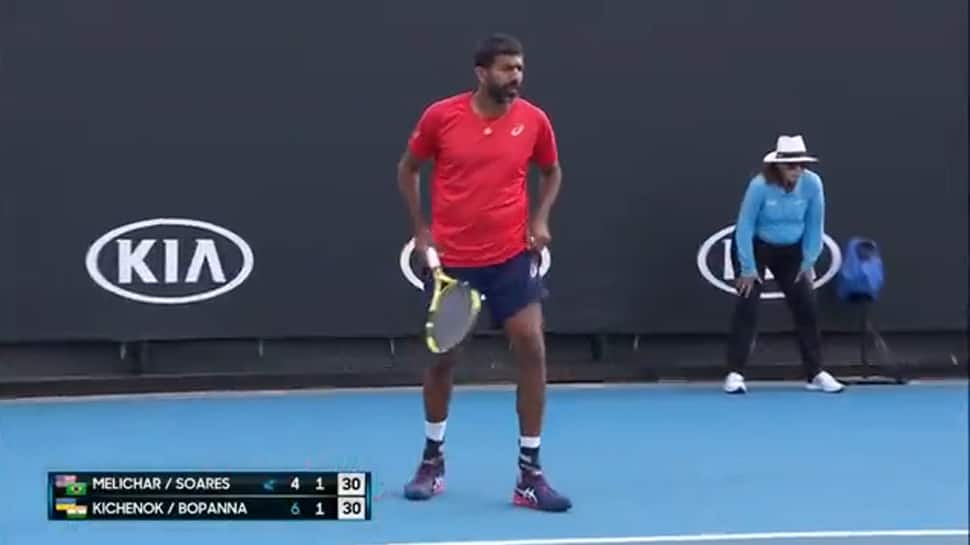 Indian tennis player Rohan Bopanna and his Ukranian partner Nadiia Kichenok have suffered a major blow as they crashed out of the season-opening Australian Open after going down in straight sets in the quarter-final clash of the mixed doubles event at Margaret Court Arena in Melbourne on Wednesday.

The Indo-Ukrainian pair failed to continue their good form in the tournament so far and slumped to a crushing 0-6, 2-6 defeat at the hands of the fifth seed Czech-Croatia team of Nikola Mektic and Barbora Krejcikova in the last-eight clash of the tournament that lasted just 47 minutes.

In the opening set, Bopanna and Kichenok were completely dominated by Mektic and  Krejcikova from the very beginning and they also failed to hold their serve to lose the set.

The Indo-Ukranian team came up with a much better performance in the second set as they managed to hold their serve in the opening game. However, they failed to capitalise on the same and were easily broken in the second and the seventh game to knock out of the tournament.

Earlier, Indian's Leander Paes and his Latvian mixed doubles opponent Jeļena Ostapenko also bowed out of the tournament after going down 2-6, 5-7 against Briton-American duo of Jamie Murray and Bethanie Mattek-Sands in the second round.