Adreescu said she had visualized winning the tournament prior to the match, where she won her first career title despite playing with an injured right shoulder and cramp. 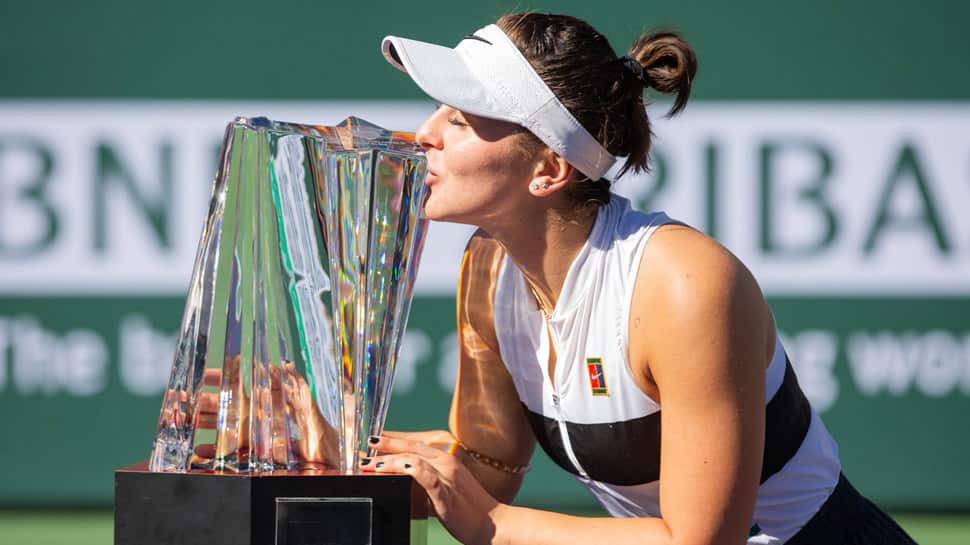 Bianca Andreescu pictured herself as BNP Paribas Open champion so many times during the tournament, that actually winning it should have come as no great surprise but the Canadian wildcard was still stunned by Monday's victory over Angelique Kerber.

The 18-year-old, who relies heavily on meditation and visualisation techniques to get her mental game in shape, had to dig deep against three-times Grand Slam champion Kerber and found another gear late on to claim the 6-4, 3-6, 6-4 win.

She said she had visualized winning the tournament prior to the match, where the unseeded wildcard won her first career title despite playing with an injured right shoulder and cramp.

"I did (visualise the victory). Not only this morning but so many times. It's crazy to think that it became a reality today," she told reporters at a news conference.

She said the key to the match came during a visit with her coach when she was trailing 2-3 in the third set.

"After I spoke to my coach I just let it all out there. At that point I was really tired, so I went for my shots more and that obviously worked. The next couple of games I did the same thing. And I just fought till the end, because physically I wasn't feeling too well," she said.

Not being 100 percent fit is nothing new for Andreescu. She missed six months in 2016 with stress fractures in her foot and was sidelined last year with back problems.

"A year ago, during this period, I had been struggling a lot with my tennis and with my body too. So it's crazy what a year can do," she added.

She said she tries to stay positive when dealing with injury setbacks like the foot fractures, which required her to practice hitting on the court while wheeling around in an office chair.

Those sessions helped her develop her drop shot, which she used to great effect in Monday's final.

"I don't necessarily think that being injured is a bad thing. I try to take it in a positive way and just find different things about me that might work later on," she said.

She said that she hoped the Indian Wells title would do for her what it did for Naomi Osaka last year.

The 21-year-old Japanese followed up her win in the desert with titles at the U.S. and Australian Opens to achieve the world number one ranking. But for now, she said she was happy to simply stay in the moment.

"It's definitely inspiration seeing her claim the trophy last year and winning two Grand Slams right after," she said.

"But I don't really want to focus on the future right now. I just want to enjoy this moment, because I don't want to take anything for granted. You never know what next week brings," she concluded.