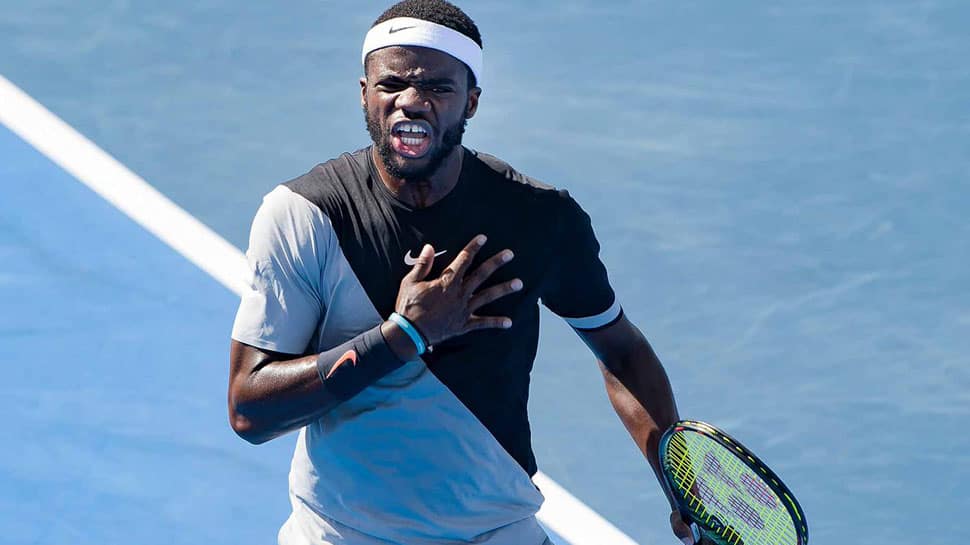 Unseeded American Frances Tiafoe gifted himself the perfect 21st birthday present by stunning Bulgaria`s Grigor Dimitrov 7-5 7-6(6) 6-7(1) 7-5 in the fourth round of the Australian Open on Sunday.

The last American man standing at Melbourne Park, Tiafoe was treated to an enthusiastic rendition of Happy Birthday by the Melbourne Arena crowd after sealing a spot in his first Grand Slam quarter-final.

"I told my parents 10 years ago that I was gonna do this, I was gonna change their lives and my life," an emotional Tiafoe said courtside. "Now I`m in the quarters of a slam at 21. I can`t believe it, man."

Tiafoe had been forced to fend off four early break points in a sluggish start before taking his own opportunities on Dimitrov`s serve to claim the opening set.

Former Melbourne semi-finalist Dimitrov had three sets points to draw level but Tiafoe refused to wilt under the pressure and reeled off five straight points to move two sets ahead.

Dimitrov, who has slipped just outside the top 20 in the world after early exits in his last three Grand Slams appearances, would not go out without a fight, though, and took the third set in another tiebreak.

Tiafoe was back on top in the fourth and clinched a decisive break in the 11th game before serving out to seal a quarter-final meeting with second seed Rafael Nadal.

In his trademark post-match celebration, Tiafoe took off his t-shirt, flexed his right bicep and emulated the `Silencer` routine of basketball great LeBron James.

The first week in Melbourne represents a change in tennis fortunes for the American, having started the 2019 season with three defeats in Hopman Cup followed by an opening-round exit at the Sydney International.

Tiafoe grabbed the headlines with a second-round upset of fifth seed Kevin Anderson on Margaret Court Arena before his fighting spirit and athleticism endeared him to the crowd in a five-set marathon against Italian Andreas Seppi.

The world number 39 faces an even more daunting task against 17-time major champion Nadal, who recorded a comfortable win over Czech Tomas Berdych in three sets.