Berdych clinched a total of 13 ATP Tour titles during his illustrious career, including the 2005 Rolex Paris Masters. 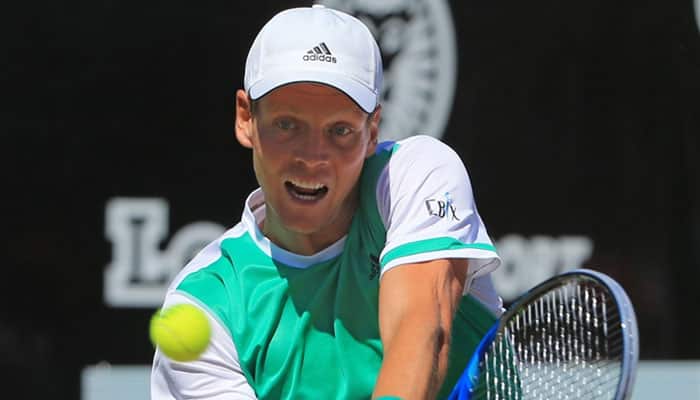 Former world number four and Czech tennis player Tomas Berdych has announced his retirement from the game at the Association for Tennis Professionals (ATP) Finals at O2 Arena in London, thus bringing an end to his illustrious 17-year-long career.

Announcing the news, the 34-year-old said that it is the right time to bid adieu to tennis as his body no longer allows him to compete at the highest level.

Berdych, who has struggled with back injury in the last one and a half year, further said that he had come to the decision after his first-round defeat at the US Open in August this year.

“The feeling I went through in my last official match was one that told me I tried absolutely everything, but the end result is how it is.The level I was always chasing, the top results, being in the top positions [of the ATP Rankings]… My body doesn’t allow me to do so," the ATP quoted the former Wimbledon runner-up as saying

“I always look at situations very realistically. I was standing with my feet on my ground. When I made my decision with myself and [loved ones], I felt a big relief," said Berdych,  who also took part in a special on-court ceremony that celebrated his achievements at O2 Arena on Saturday.

Talking about the most memorable moment of his career, the Czech tennis star said that making it to the final of Wimbledon with a straight-sets win over Serbian tennis star Novak Dkjokovic was the pinnacle of his career.

“I wouldn’t say ‘dream’. It’s a good result, but the results come after really hard work and that’s what I’m doing. That’s why I’m preparing every day,” Berdych said after his semi-final win over Djokovic. It’s not happening as a miracle. You need to do something to bring those good results," Berdych said of 2010 Wimbledon, where he stunned defending champion Roger Federer and Djokovic en route to the finals before eventually losing to ultimate winner Rafael Nadal.

Berdych clinched a total of 13 ATP Tour titles during his illustrious career, including the 2005 Rolex Paris Masters. He had also led his country, Czech Republic, to Davis Cup glory in the 2002 and 2003 editions of the tournament besides making six consecutive appearances at the ATP Finals from 2010 to 2015.