It was Evans` first win in the main draw of a Grand Slam in nearly two years, setting up a second round clash with Federer. 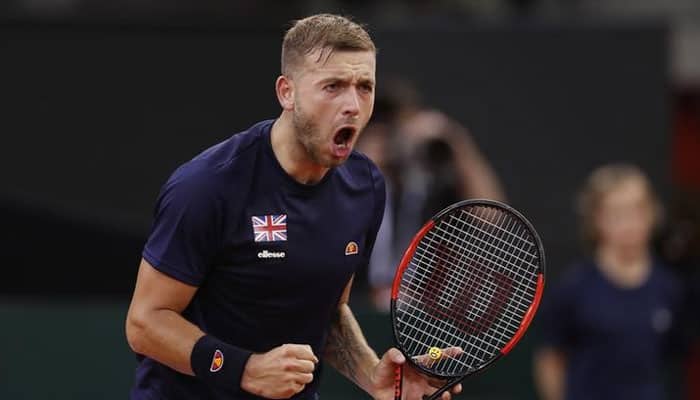 Nine months after returning from a doping suspension, British tennis star Dan Evans will look for his biggest victory when he takes on holder Roger Federer in the second round of the Australian Open on Wednesday.

After Andy Murray, Kyle Edmund and Cameron Norrie all bit the dust on Monday, Evans continued to carry the flag for Britain as he beat Japan's Tatsuma Ito 7-5, 6-1, 7-6 (8) in the opening round.

It was Evans` first win in the main draw of a Grand Slam in nearly two years, setting up a second round clash with Federer.

The 28-year-old does not have fond memories of his last official meeting with Federer, when he was picked apart by the Swiss at Wimbledon three years ago, but cannot wait to have another crack at the 20-times major winner.

"It`s not very often you get to play Roger on obviously a pretty big court, I`m guessing. I look forward to it," Evans, who spent a year on the sidelines after being banned for cocaine use, said.

Third seed Federer kicked off his campaign with a straight-sets win over Uzbek Denis Istomin on Monday and will look to maintain his service rhythm as he bids to reach the Melbourne third round for a 20th consecutive year.

"I think I can be happy how I got out of the blocks from the off-season. If you don`t get broken much... you have so little pressure on the return games, you can really try out different things," Federer said.