Croatia became the first team through to the last four of the Davis Cup Finals after doubles pair Nikola Mektic and Mate Pavic beat Italian duo Fabio Fognini and Jannik Sinner to seal a 2-1 victory in Turin on Monday, November 29. 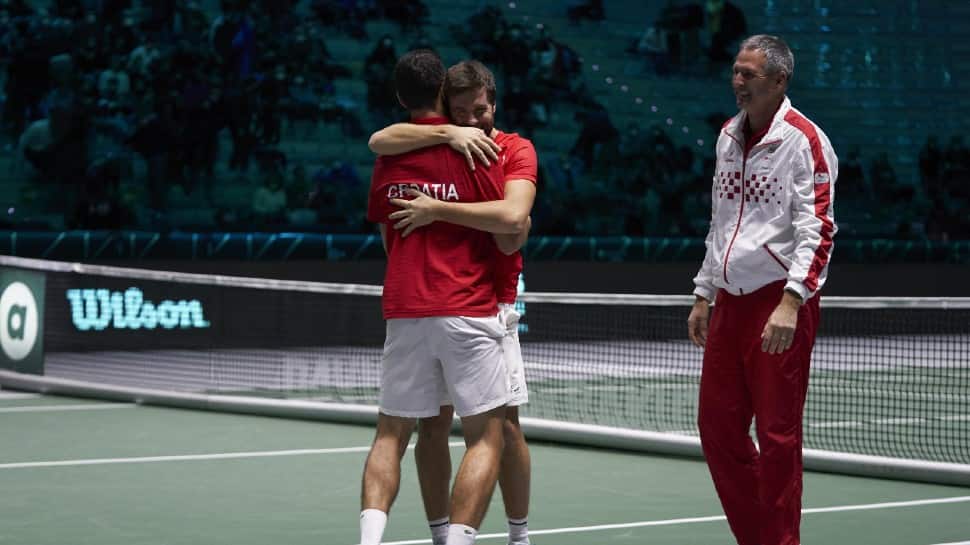 World number one pair Nikola Mektic and Mate Pavic proved too strong for Italy's Fabio Fognini and Jannik Sinner as they silenced the crowd in the Pala Alpitour Arena to claim a straightforward 6-3, 6-4 victory in one hour 19 minutes. Sinner had battled back from the brink of defeat to beat Marin Cilic and take the tie to a decider after lowly-ranked Borna Gojo shocked Lorenzo Sonego to put 2018 champions Croatia in the driving seat in the tie.

Croatia, who reached the quarter-finals by topping Group D last week, will face either Serbia or Kazakhstan for a place in Sunday's final which will be held in Madrid. The 20-year-old Sinner had earlier kept Italy afloat with a battling 3-6, 7-6(4), 6-3 defeat of Cilic.

Former US Open champion Cilic served for the match at 5-4 in the second set but wavered badly to let his Italian opponent off the hook. Sinner was rock-solid in the tiebreak to take the match into a decider in which he broke serve in the first game. Cilic did respond with a break back but from 3-3 in the deciding set Sinner took charge to claim a great win.

It all proved in vain though as Sinner and Fognini could make little impression on Croatia's doubles specialists. Earlier, the 23-year-old Gojo, ranked 279th in the world, beat top-30 player Sonego 7-6(2), 2-6, 6-2. Gojo looked tight early on and found himself 4-1 down in the first set but hit back impressively to claim the tiebreak.

Sonego looked to have turned the tide when he eased through the second set but Gojo, serving brilliantly, forged ahead in the decider and showed great resilience to save breakpoints and hold a marathon service game serve at 4-2. Gojo, who upset Australia's higher-ranked Alexei Popyrin in the group phase last week, claimed victory when Sonego struck a forehand over the baseline.