Defending champion Johanna Konta suffered a reversal of last year’s final when she was bundled out in the first round of the Sydney International by Agnieszka Radwanska on Tuesday. 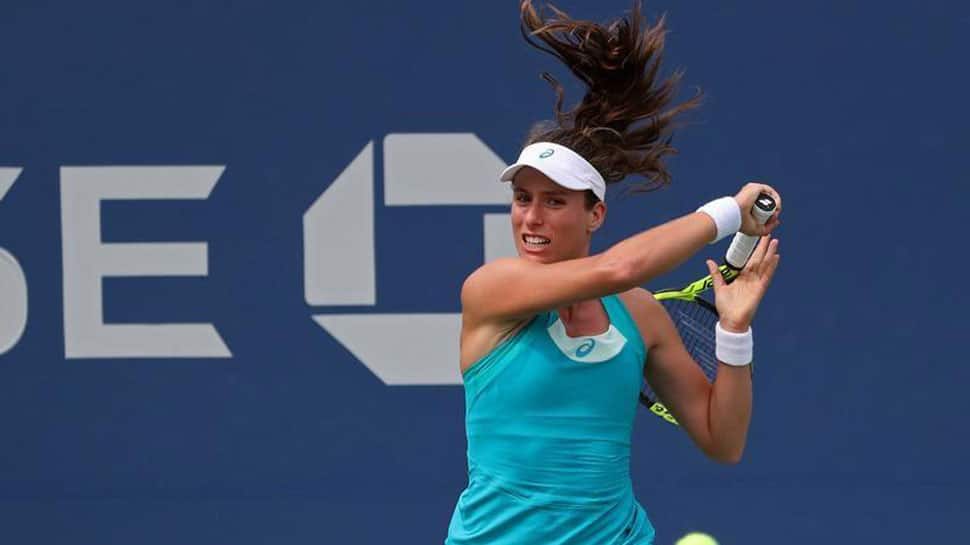 Sydney: Defending champion Johanna Konta was bundled out in the first round of the Sydney International by Agnieszka Radwanska and Venus Williams also lost in her first match of the tournament on Tuesday.

Radwanska, overpowered in 82 minutes by Konta in last year`s final, raced to a 6-3, 7-5 victory over the Briton at the Olympic Tennis Centre.

Neither player was able to dominate on service in the first set and Konta won just two of her 11 second-serve points as Radwanska converted three of her five break opportunities.

Konta again had trouble holding serve in the second set but showed signs of a fightback when she broke while trailing 4-1, but she could not push on as Radwanska sealed victory in one hour, 49 minutes.

Second seed Williams was beaten 5-7, 6-3, 6-1 by Germany`s Angelique Kerber in under two hours.

Kerber started the first set stronger and looked to have Williams on the ropes when she opened up a 5-3 lead and created two set points on the American`s serve before Williams rallied.

The seven-times grand slam champion survived the Kerber onslaught with an ace and a forehand winner and, with her confidence restored, took the first set.

But Kerber fought back strong as Williams struggled with her service.

The German levelled the match at a set apiece and raced into a 5-0 lead in the decider before Williams rallied again, but the American succumbed to the inevitable on her fifth match point, sending a backhand return wide.

She struggled last week in Brisbane before withdrawing from her quarter-final with a hip injury.