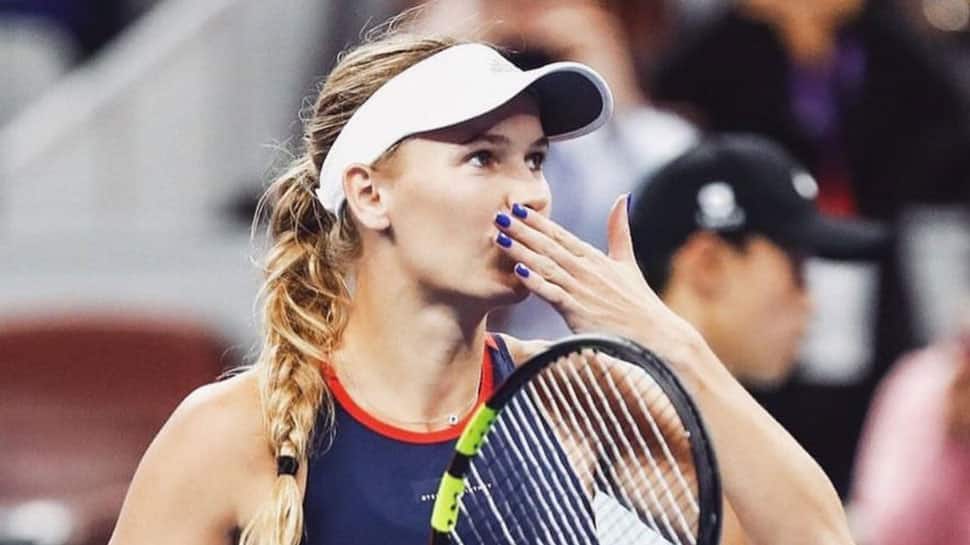 Defending a Grand Slam title for the first time feels like a fun challenge for Australian Open champion Caroline Wozniacki and the world number three said, she is learning to take extra care of her body as she battles with rheumatoid arthritis.

Following her group stage exit from the WTA Finals in October in Singapore, the 28-year-old Dane, who claimed her maiden Grand Slam title in Melbourne last year, revealed she was suffering from the painful autoimmune condition.

"I think you just always try to figure out what`s working and what`s not, then you listen to the body, you try a few different things," Wozniacki told reporters on Sunday.

"For me, it`s just all the time making sure I get good massaging, good treatments, ice baths, stretching, do everything even more thoroughly than maybe in the past. Then you just listen extra. If you`re not feeling good one day, then you take it easier. I`m just trying to learn my body, getting to know my body even better."

Following her exit in Singapore, Wozniacki said she took time off to recharge her batteries, which included a visit for the lifelong Liverpool fan to Anfield to watch the English Premier League side, before returning to the courts on December 1.

With Halep coming back from a back injury and flying solo after parting ways with coach Darren Cahill, her top ranking could be up for grabs but that is not something that excites Wozniacki.

"I think for me, every time I step into a tournament, I want to win it. I feel like I have a chance to win it, but I have to play my best game," she said.

"Honestly, I just want to hold the trophies. That`s really it."

Wozniacki found it hard to believe that a year has passed since she lifted the trophy at Melbourne Park but she was glad to be back to defend her title.

"I`m just excited. I think it`s a positive to be here as the defending champion. I`m just taking it as a nice, fun challenge," she said.

"I think my first practice was on Rod Laver, and it was just nice. I felt comfortable straightaway when I hit balls on that court. It was just a good feeling. Then, you know, you see your photos all over the place, which is cool. So, yeah, it`s definitely great to be back."