A quick look at Rafael Nadal's domination of Roger Federer at Roland Garros. 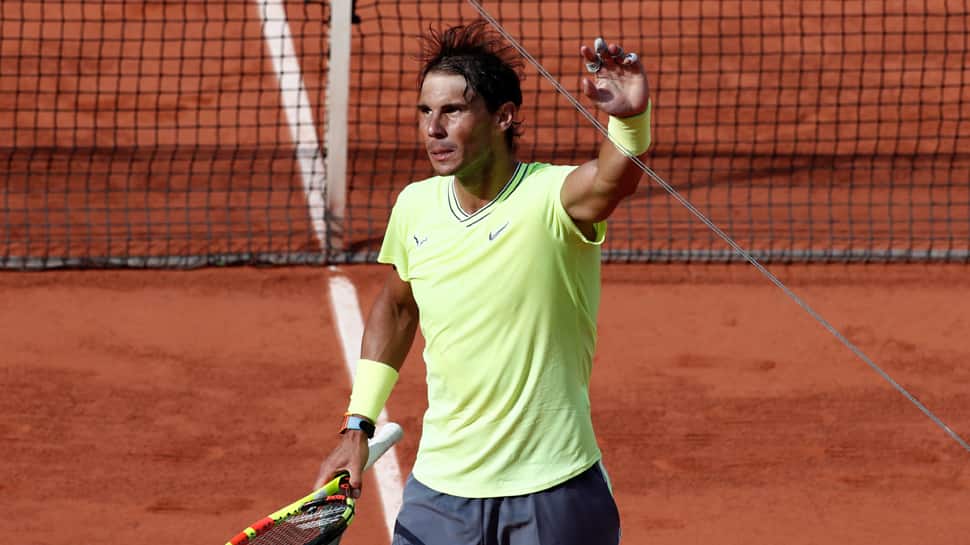 A quick look at Rafael Nadal's domination of Roger Federer at Roland Garros.

Federer's first taste of facing Nadal on clay was a painful one as his forehand failed to fire in a tense encounter. Nadal was making his debut at Roland Garros but on his 19th birthday showed no respect to the top seed as he swept into the final against Argentina's Mariano Puerta.

Federer suffered his first defeat in a Grand Slam final as Nadal denied the Swiss becoming the first man since Rod Laver in 1969 to hold all four majors at the same time.

In sizzling heat Nadal was dreadful in the opening set but quickly recovered his rhythm to dominate the second. Federer wasted some break point chances early in the third before Nadal took complete control to retain the title.

Again Federer arrived in the final looking to emulate Laver, but again Nadal stopped him in his tracks.

A few weeks earlier Federer had beaten Nadal for the first time on clay, in Hamburg, but the Swiss once again failed to sustain his level long enough to seriously threaten to win.

While Federer was regarded as the world's best player, defeat was his eighth in 12 matches against the Spaniard.

An awe-inspiring display by Nadal left Federer flattened into the Parisian dirt. The relentless Spaniard tore Federer's game apart to win in one hour 48 minutes in front of a stunned Philippe Chatrier crowd.

Nadal even appeared to sympathise with his great rival, apologising at the end of the match after handing out one of Federer's worst ever beatings.

Federer managed only one more game than Brian Gottfried against Guillermo Vilas in 1977, the shortest men's final in terms of games in French Open history.

At the age of 25 Nadal claimed his sixth French Open title to equal the record of Swedish great Bjorn Borg.

Federer had ended Novak Djokovic's 41-match unbeaten streak in the semi-final and had looked back to his very best but once again Nadal proved a hurdle too far.

He led 5-2 in the first set but Nadal won seven successive games to seize control and although Federer dug deep to win the third set and had Nadal down 0-40 in the first game of the fourth he was eventually overpowered.