Serena Williams made her long-awaited comeback to tennis alongside elder sister Venus after the United States sealed a decisive victory over the Netherlands in their defence of the Fed Cup. 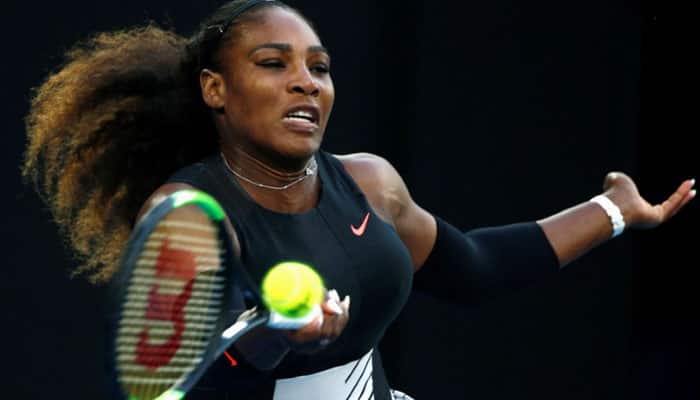 Serena Williams made her long-awaited comeback to tennis alongside elder sister Venus after the United States sealed a decisive victory over the Netherlands in their defence of the Fed Cup.

It is Serena's first competitive match since winning her 23rd Grand Slam title at the 2017 Australian Open, and the first time the sisters have played doubles together in this tournament since 2003.

The 36-year-old American took time away from the sport to give birth to her daughter Alexis Olympia and get married, to Reddit co-founder Alexis Ohanian.

Both have been in attendance over the weekend, seated just behind the players' box.

Serena told reporters on Friday that her path back had been full of "ups and downs" but credited her sister with helping her find her rhythm.

There had been speculation she may drop out of yesterday's doubles match, against Lesley Kerkhove and Demi Schuurs, after Serena was the only US player to not attend practice in the morning.

But team captain Kathy Rinaldi confirmed her participation after sister Venus won her singles match against Richel Hogenkamp earlier to seal victory for the United States, 3-0.

"Serena's gonna be joining her sister Venus!" she announced, to roars of approval before the superstar appeared dressed in a white top, dark blue shorts topped off with a red headband.

The sisters have won 22 doubles titles together, the last of which was Wimbledon in 2016.

Their pairing for the dead-rubber looked set to be a final, feel-good victory lap for the Americans.

They have enjoyed enormous support from a sold-out 5,200 -strong crowd in the mountainous city of Asheville, North Carolina, famous for its historic architecture, breweries and vibrant art scene.

Venus' participation meant there was no room for Lauren Davis, the US' fourth player.

The seven-time Grand Slam winner, who enjoyed a renaissance year in 2017, earlier shook off a scratchy start to prevail 7-5, 6-1 in her singles match, ensuring the US booked their place in the semi-finals against France.

Venus credited teammate CoCo Vandeweghe, who scored a hard fought win over Hogenkamp the day before, for paving the way.

"Honestly I like to think CoCo wore her down some. That gave me an opportunity to be able to close it out for the USA," she said.

"There was a lot of pressure for me to close it out, for her to be able to stay in, and I was able to handle it a little better," she added.