The first picture from the wedding of Spanish tennis maestro Rafael Nadal and his longtime girlfriend Maria Francisca Perello over the weekend in Mallorco was released on Monday. 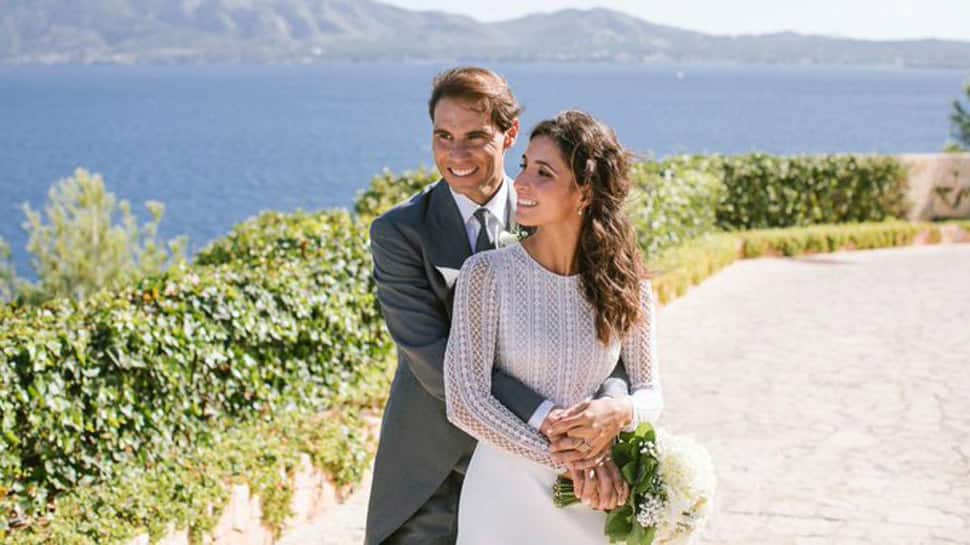 The first picture from the wedding of Spanish tennis maestro Rafael Nadal and his longtime girlfriend Maria Francisca Perello over the weekend in Mallorco was released on Monday.

The official Twitter handle of Nadal's academy shared the first look from the duo's wedding while also congratulating the pair a very happy married life.

In the picture, Nadal and Perello were seen standing with their arms wrapped around each other, with the latter also holding a bouquet in her hands.

While the Spanish tennis player could be seen wearing a grey-coloured suit, Maria was donning an elegant gown by Spanish designer Rosa Clara.

On Saturday, Nadal married his girlfriend of last 14 years Perello at a castle in Spain's Mallorca in a private affair.

The couple tied the knot at La Fortaleza, where 2016 BBC spy thriller The Night Manager starring Hugh Laurie was filmed, and where Real Madrid star Gareth Bale also got married earlier this year.

According to reports in HELLO!’s sister publication HOLA!, the 19-time Grand Slam champion proposed his long-time girlfriend on a romantic trip to Rome in May 2018.

Perello is a business graduate and she gave up her job in insurance to take her place as a director of the Rafa Nadal Foundation.

On a professional front, Nadal is slated to make a return to the tennis court later this month at the Rolex Paris Masters before he will shift his focus on the season-ending Nitto ATP Finals, which is scheduled to be held from November 10 to 17 in London.