The four-times Grand Slam champion, who was playing in only her second match since retiring from the sport at the 2012 U.S. Open, showed glimpses of her superb ball-striking ability but could not stop Konta from sealing her first win of the year. 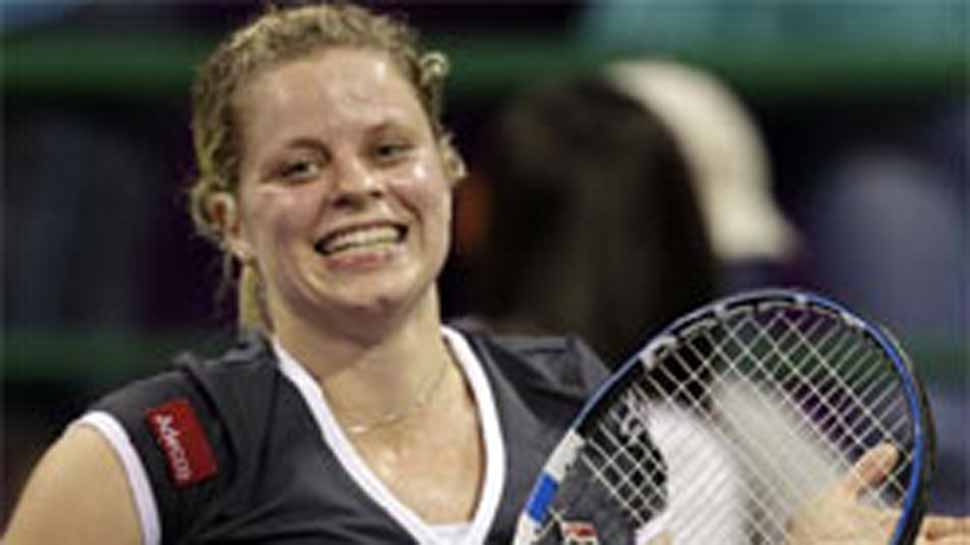 Former world number one Kim Clijsters said she was looking forward to getting more matches under her belt and improving, after losing 6-3 7-5 to Briton Johanna Konta in the opening round of the Monterrey Open on Tuesday evening.

The four-times Grand Slam champion, who was playing in only her second match since retiring from the sport at the 2012 U.S. Open, showed glimpses of her superb ball-striking ability but could not stop Konta from sealing her first win of the year.

Clijsters, 36, had lost to Spain`s Garbine Muguruza in her first match since returning to the WTA Tour at the Dubai Duty Free Tennis Championships last month.

"I felt some things were better," Clijsters told reporters. "Some things still need a lot of improvement. That`s why it`s good to play matches.

"I`ve been through different generations and played many players throughout my whole career. I`m still at a stage where I want to focus on what I`m doing and how I`m feeling, and also start reading my opponents.

"It`s a process that I have to trust and keep working hard to improve in every match I play. I`d like to take big steps but I have to focus on small steps and improving day by day."

The Belgian first retired from tennis in 2007, taking a break to have the first of her three children, but came back within 24 months to claim three of her four Grand Slams and return to the top of the rankings in 2011.

"Her ability to do things with the ball is what made her a multiple Grand Slam champion. It`s why she was able to come back and play... at a level like this. That`s not exactly an everyday thing, that`s for sure," Konta said.