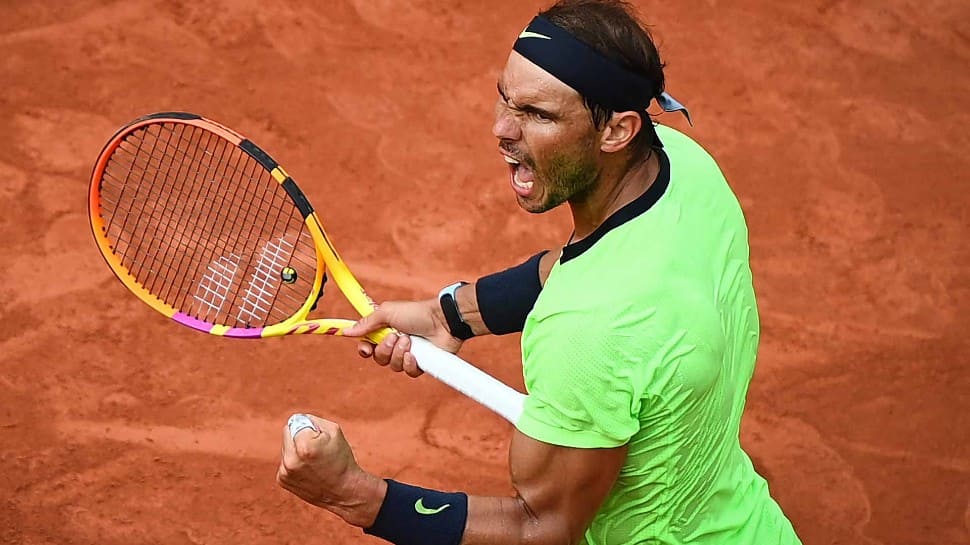 Defending champion Rafael Nadal on Wednesday powered his way into the semifinals of the ongoing French Open.

Nadal defeated Argentina's Diego Schwartzman 6-3, 4-6, 6-4, 6-0 in the quarterfinals of the ongoing Grand Slam at Court Philippe-Chatrier. The entire match lasted for 2 hours and 45 minutes.

The 35-year old was at his prime best in the first set, and he dropped just three games, not giving his Argentine opponent any chance, and as a result, the Spaniard won the first set 6-3.

In the second set, Schwartzman took a 3-0 lead, but Nadal showed his temperament as he bounced back strongly and he brought the scoreline level to 3-3. However, the Argentine Schwartzman managed to hold his own, and in the end, he won the second set 6-4.

The third set between Nadal and the Argentine saw back and forth action and at one stage it was tied at 4-4. In the end, the Spaniard managed to hold his ground and he won the set 6-4, and he just needed to win one more set to qualify into the semifinals.

Carrying on with his winning momentum, Nadal did not let up and he went on to win the match and now he would be seen in action in the semi-finals of the ongoing Grand Slam.

Earlier, Nadal had defeated Italy's Jannik Sinner 7-5, 6-3, 6-0 in the fourth-round match. The entire match had lasted for 2 hours and 18 minutes.

Later in the day, world number one Novak Djokovic would be in action in his quarterfinal match.