Sloane Stephens is hopeful that the Roland Garros clay will prove to be the "neutraliser" when she faces Johanna Konta in the French Open quarter-finals on Tuesday seeking a first win over the Briton. 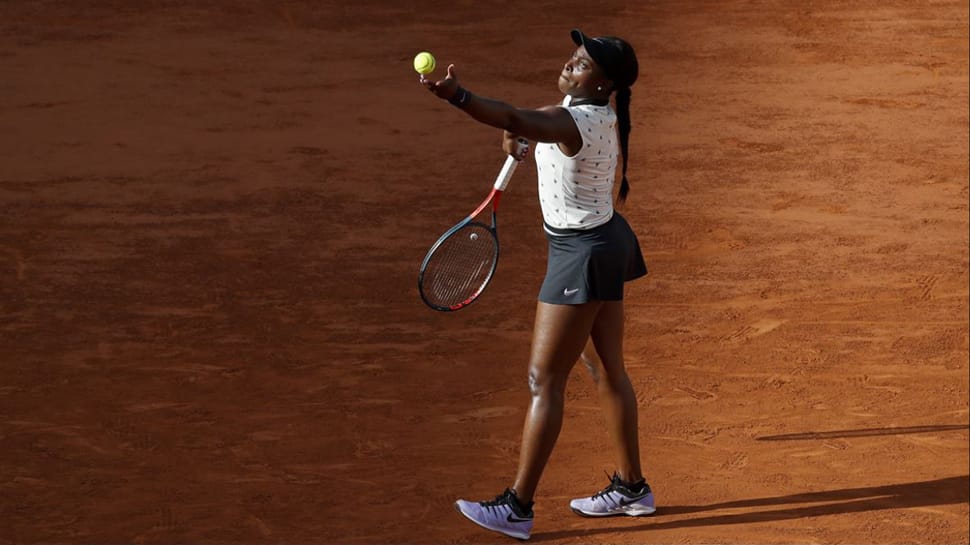 Sloane Stephens is hopeful that the Roland Garros clay will prove to be the "neutraliser" when she faces Johanna Konta in the French Open quarter-finals on Tuesday seeking a first win over the Briton.

American Stephens, the runner-up in Paris last year, is looking to add a second Grand Slam trophy to her collection following her triumph at the 2017 US Open but faces a potentially tough test against a resurgent opponent.

Konta, ranked number four in the world two years ago before a dip in form, cleared the opening hurdle at Roland Garros for the first time in five attempts and is seeking to improve her 2-0 win-loss record against Stephens.

But Stephens suggested the slate would be wiped clean ahead of their last-eight meeting on Court Philippe-Chatrier.

"Clay is a neutraliser. It's good for everybody... she's improved her results on clay, so she obviously is feeling good on the surface," Stephens said.

"A quarter-final of a slam is definitely a neutraliser. There's a lot of factors that go into that. (I'm) just going to go out and execute and I'm sure she'll do the same and we'll have a good match.

"She has a good, all-around solid game. I mean, obviously she's been at the top of the game before, so she knows how to play in key moments."

In other quarter-final clashes, Japan's Kei Nishikori runs into defending champion Rafa Nadal, who is targeting a record-extending 12th Grand Slam in Paris.

Stan Wawrinka will look to end fellow Swiss Roger Federer's bid for a second title in Paris 10 years after his first.

Marathon man Zverev ready to go the distance against Fognini