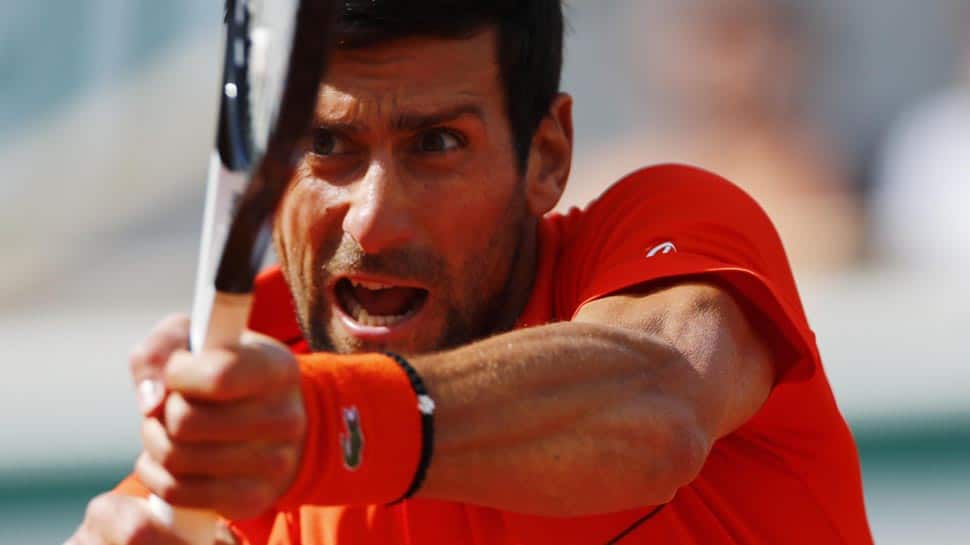 Top seed Novak Djokovic thrives when pushed to his physical and mental limits on a tennis court but has been more than happy to cruise into the quarter-finals of the French Open.

His 6-3 6-2 6-2 victory means Djokovic is the first man to reach 10 successive quarter-finals at Roland Garros - a feat even claycourt king Rafael Nadal has not achieved.

It will almost certainly get more difficult from hereon in as Djokovic tries to win his second French title and, for the second time in his career, hold all four Grand Slam titles at the same time as he did by winning in Paris in 2016.

"I don't mind cruising along, to be honest," he told reporters. "I have plenty of experience, I think, dealing with situations where you're facing break points or where it's tense.

"I have played plenty of tight matches in my career that I can rely on that experience. I think it's good to be tested but, at the same time, it's also good to cruise along and kind of conserve the energy for what's coming up."

Djokovic's opponents so far have had an average ranking of 84 but he will face a tougher test in the quarter-finals where he will face Germany's Alexander Zverev, the fifth seed.

Struff was bidding to reach his first Grand Slam quarter-final and provided some early resistance in drizzly conditions on Court Philippe Chatrier.

Djokovic had an early chance to break in the second game but Struff won a fierce baseline rally to avert the danger.

It was only a matter of time before Djokovic moved up a gear though, and in the seventh game he brought up two more break points with a stunning backhand passing shot.

He duly converted with a smash after softening up Struff with a series of punishing groundstrokes into the corners.

After holding serve to take the opening set, Djokovic rolled through the next two in cruise control, making only 11 unforced errors in the one-hour-33-minute workout.

"I think obviously the crucial point was break and 4-3," Djokovic said. "There were a couple of really close games at the beginning, then the match turns around in one game.

"It didn't seem like he was playing confidently after that and I probably elevated a level or two. I played a perfect second and third set."