Barbora Krejcikova became the first player to win both the women’s singles and doubles title in Paris since Frenchwoman Mary Pierce completed the feat in 2000. 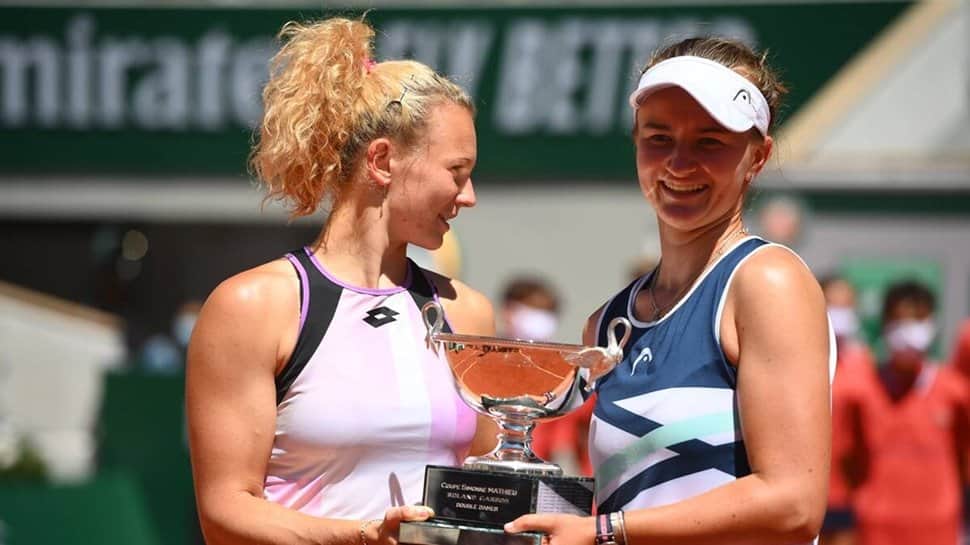 Barbora Krejcikova became the first player to win both the women’s singles and doubles title in Paris since Frenchwoman Mary Pierce completed the feat in 2000.

The 25-year-old Krejcikova, who will climb to 15th in singles following her maiden Grand Slam singles title on Saturday, will return as the world number one doubles player when the rankings are updated on Monday.

Swiatek, the 2020 singles champion, and Mattek-Sands were playing only their third tournament together and found the going tough against Siniakova’s nimble movement and skilful netplay and Krejcikova’s strong performance from the baseline.

The second-seeded Czech pair, who also won the Roland Garros title in 2018, quickly jumped to a 5-1 lead and though Swiatek and Mattek-Sands fought back to 5-4 they could not stop Krejcikova from serving out for the set.

On a windy day under the Parisian sun, Siniakova had continued trouble with her serve and the Czech duo had a total of eight double faults in the match.

But the pair, who also won the 2019 Wimbledon doubles title, overcame their serving trouble with their experience and excellent coordination.

The number two seeds lost serve once in the second set but broke their opponents three times and sealed the win when Siniakova hit a backhand winner on their second matchpoint.