Halep will now lock horns with Kateryna Kozlova in the third round of the tournament. 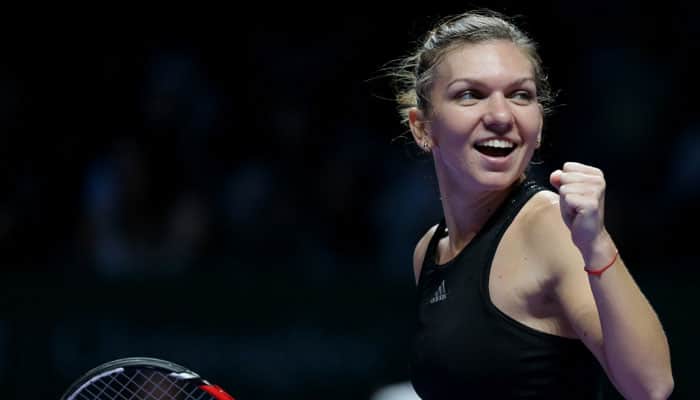 World number two Simona Halep kicked off her campaign at the BNP Paribas Open on a promising note as she eased past Barbora Strycova of Czech Republic in straight sets in the round-of-64 in California on Saturday.

The 2015 Indian Wells champion registered a 6-2, 6-4 win over Strycova in a one-sided second round clash of the women's singles event that lasted one hour and 26 minutes.

Halep posted a total of 18 winners in the match in contrast to Strycova's eight besides also converting six of her 11 break points during the clash.

With the win, the Romanian has now improved her head-to-head record against her Czech opponent to 5-0, including a fourth-round victory during the 2016 edition of the Indian Wells.

Reflecting on the match following the win, Halep said that though the conditions were tough for both of them, she was well aware how to play against Strycova to overcome her.

"It was pretty difficult in the end. It was not easy to play, but I felt good. Actually, for both of us were tough conditions, so I didn't think that much about it. I think I played good tennis today and, for the first match here, I'm happy about it," the Women Tennis Association (WTA) quoted Halep as saying.

"Today I really was focused on what I have to do, and I knew how to play against her. We played so many times. I knew that I have to work for the match, that I have to be ready to run. So I think it was good," she continued.

Halep will now lock horns with Kateryna Kozlova in the third round of the tournament.