On Friday, Nagal had qualified for the main draw of the Grand Slam with a 5-7, 6-4, 6-3 triumph over Jaao Menezes of Brazil. 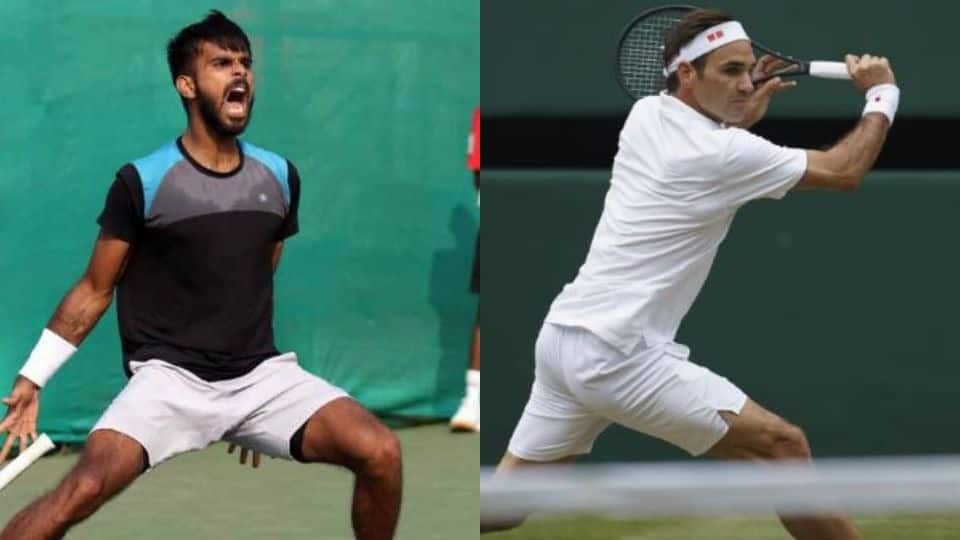 Tennis player Sumit Nagal, who became the youngest Indian in 25 years to qualify for the main draw of the US Open, showcased a spirited performance before he went down fighting against 20-time Grand Slam champion Roger Federer in the opening round of the final major of the tournament.

The Indian star made an impressive Grand Slam debut by grabbing the first set against Swiss great Federer before the latter bounced back strongly to clinch a 4-6, 6-1, 6-2, 6-4 victory in a thrilling first round of the men's singles event at Flushing Meadows that lasted two hours and 29 minutes.

In the opening set, Nagal started off well by playing some defensive shots and keeping great composure against Federer, who made several unforced errors to lose the set.

However, Federer--who has never lost the opening round of a Grand Slam--bounced back in style and brought out his experience and grit to move into the second round of the final major of the season.

Federer will now lock horns with Bosnian tennis player Damir Dzumhur in the second round of the US Open.

On Friday, Nagal had qualified for the main draw of the Grand Slam with a 5-7, 6-4, 6-3 triumph over Jaao Menezes of Brazil.

He became the second Indian to take part in the 2019 edition of the US Open after Prajnesh Gunneswaran, who had earlier received automatic qualification.

It was for the first time since 1998 that two Indians made it to the main draw of the men's singles event of a Grand Slam. Experienced tennis stars Leander Paes and Mahesh Bhupathi had earlier represented India in the singles event at 1998 Wimbledon.

Roger Federer vs Sumit Nagal, US Open 2019: As it happened