Nadal suffered a right knee injury during his 7-6(2), 7-6(2) win over Russian Karen Khachanov in the quarter-finals of the BNP Paribas Open. 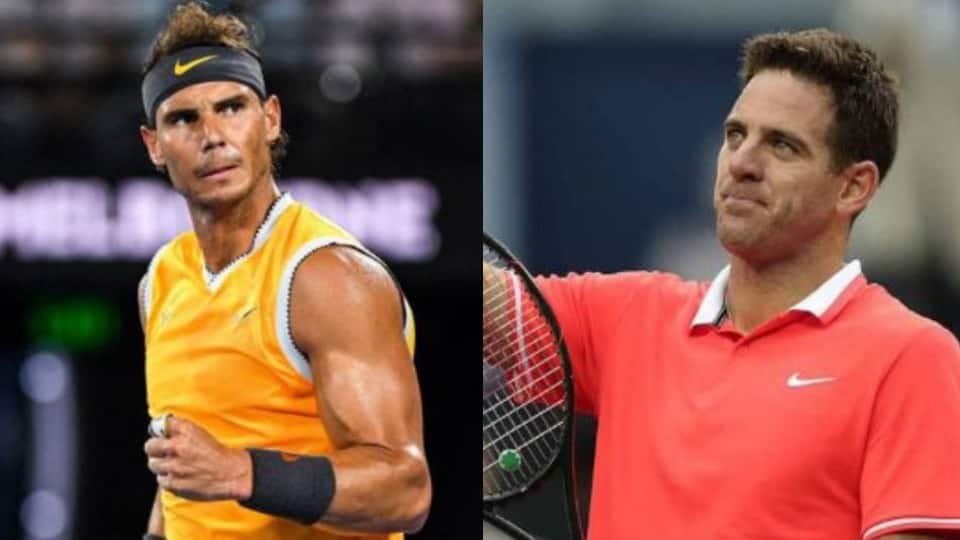 World number two Rafael Nadal and fifth-ranked Juan Martin del Potro are all set to miss this month's second ATP Masters 1000 tournament in Miami due to their respective injuries.

Nadal suffered a right knee injury during his 7-6(2), 7-6(2) win over Russian Karen Khachanov in the quarter-finals of the BNP Paribas Open. He was subsequently forced to withdraw from eagerly-waited semi-final clash against his long-time rival Roger Federer.

Del Potro, on the other hand, pulled out of the Indian Open after failing to recover fully from a fracture on his right patella which he sustained at the Rolex Shanghai Masters last October.

The Argentinian has now announced on his official Twitter handle that he would not be able to make a return at the Miami Open as well.

"Unfortunately I won’t be able to play in Miami this year. Looking forward to coming back in 2020!" he tweeted.

While Del Potro has confirmed that he would be making his way back to the court only in 2020, Spanish tennis star Nadal is likely to return to action at Monte-Carlo Masters, the season's first clay-court ATP Masters 1000 tournament.

Notably, Del Potro has appeared in just one tournament this season when he stormed into the quarter-finals of the Delray Beach, only to see himself going down against Mackenzie McDonald 6-4, 3-6, 7-6.