With the win, Murray and Mattek-Sands became the first team ever to defend the US Open mixed doubles title since South Africa's Kevin Curren and United States' Anne Smith in 1981-1982. 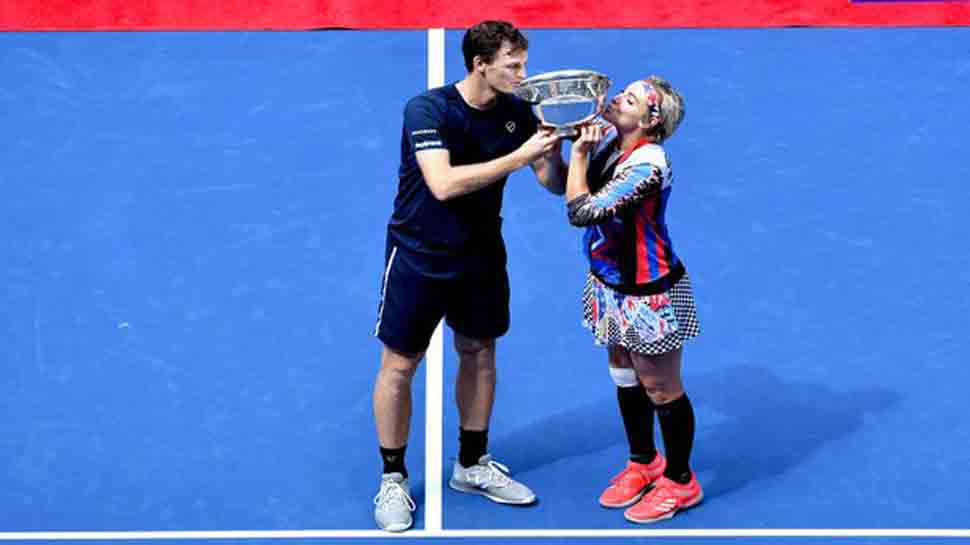 British tennis maestro Jamie Murray and his American partner Bethanie Mattek-Sands have lifted the US Open mixed doubles title after brushing aside New Zealand's Michael Venus and Hao-Ching Chan of Taiwan in straight sets in the summit showdown of the prestigious tournament on Saturday.

The British-American pair, who received a wild card entry for the US Open main draw, successfully defended their mixed doubles title at the Flushing Meadows by sweeping aside Venus-Chan 6-2, 6-3 in a one-sided final clash of the US Open that lasted just 59 minutes.

Following the clash, Murray said that he and his partner have performed amazingly well since last two weeks before admitting that it was Beth who was on fire during the clash.

“We played amazing the whole two weeks, especially the semi-finals and finals.I know Beth loves playing in front of a lot of people and she was on fire today," the Association for Tennis Professionals (ATP) quoted the British tennis star as saying.

In the opening set, Murray smashed a backhand volley winner to take an early advantage before the British-American won the last five games to grab the set

The second set kickstarted with four consecutive breaks of serve before Murray and Mattek-Sands bounced back strongly to win the last three games and eventually emerge victorious.

With the win, Murray and Mattek-Sands became the first team ever to defend the US Open mixed doubles title since South Africa's Kevin Curren and United States' Anne Smith in 1981-1982.