Kevin Anderson sidelined for a few months after knee surgery

Anderson has now joined Roger Federer on the sidelines. 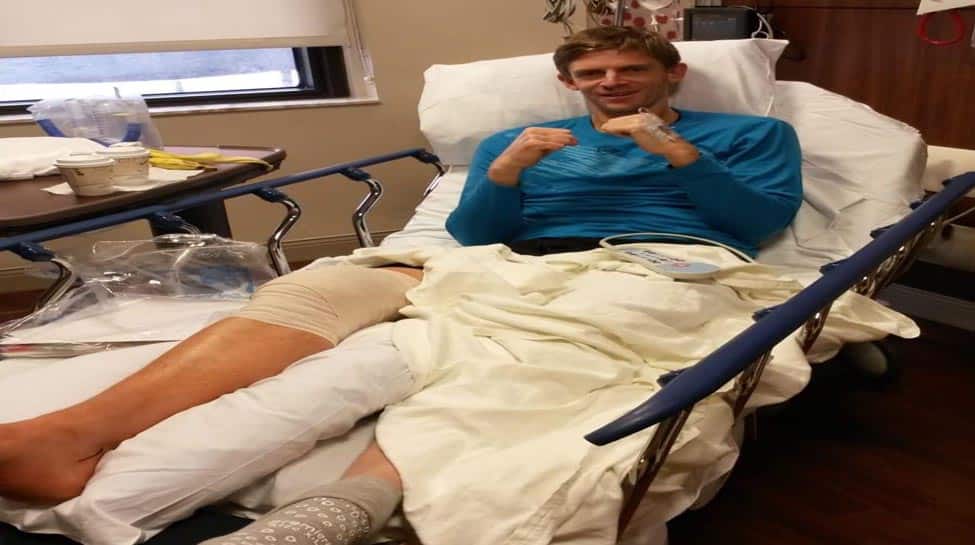 South African tennis player Kevin Anderson is all set to be sidelined for a few months after undergoing a knee injury.

Taking to his official Twitter handle, the 33-year-old shared a picture of him from the hospital to reveal that he has recently undergone a successful surgery procedure to treat the injury which he sustained midway through December last year during his offseason training.

"Midway through December last year, during my off-season training, I injured my right knee," Anderson tweeted along with the picture.

He further informed, "I tried to push through in training on both on the match court, but it didn't get better. I had scans done in Australia, and they, unfortunately, showed that I had suffered a medical meniscus tear. After consulting with medical professionals and my team, we decided that having surgery was the best way forward. I had the procedure on Wednesday."

Anderson also endured a difficult time last year while recovering from a shoulder and knee injury, something which also forced him to miss the second half of the 2019 season.

Though the South African tennis star was disappointed with the recent setback, he was optimistic to return to the court as soon as possible and much stronger.

"It is beyond difficult and frustrating to have to deal with this, after the setbacks I had last year. But I know it's the right decision for me to get back where I want to and rest assured, I will do everything in my power to get there.I look forward to seeing you back out there as soon as possible," he added.

Hey everyone, a little update... pic.twitter.com/BrunPU33B2

Anderson has now joined Roger Federer on the sidelines. The 20-time Grand Slam champion is expected to remain out of action till June as he has also undergone knee surgery.