Both players made 33 unforced errors each, but Bertens won 79 percent of her first serve points and sent down eight aces and 27 winners compared to 16 from Vekic. 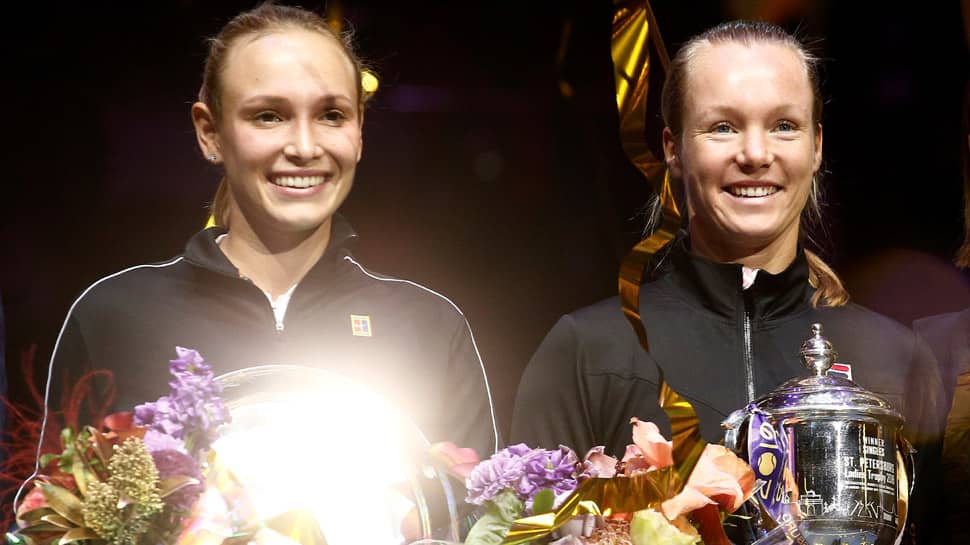 Bertens, the world number eight, was slow out of the blocks and found herself trailing 2-5 in the first set before staging a remarkable turn-around.

"I would like to say to Donna congratulations on a great week and sorry for today," Bertens said after collecting the trophy at a glittering presentation ceremony.

She added, "It was an amazing final to play. I will be back next year."

The Dutchwoman won 17 of 18 points to first draw level and then win the first-set tie-break against Vekic, nearly breaking the Croatian's will with that unexpected surge before breaking her serve early in the second set.

Vekic, 22, refused to surrender without a fight, breaking back and winning three games in a row before Bertens rallied to snuff out any chance of the match being pushed to a third set with a second decisive break of serve.

Bertens served for the match at 5-4, racing into a 40-0 lead but then displayed some jitters as she allowed Vekic to level at deuce before finally claiming her fourth championship point after her backhand caught the net and dropped short.

Both players made 33 unforced errors each, but Bertens won 79 percent of her first serve points and sent down eight aces and 27 winners compared to 16 from Vekic.

"Congrats to Kiki and your team. You were too good for me today. I'm really looking forward to playing doubles with you in Indian Wells.Sorry, (coach) Torben (Beltz) we are going to have to wait a little bit longer for that first title, but at least the finals are getting bigger," Vekic said.