Bertens looked dominant throughout the summit showdown as she eased past reigning French Open champion Halep 6-4, 6-4 in almost one and a half hour to lift the title. 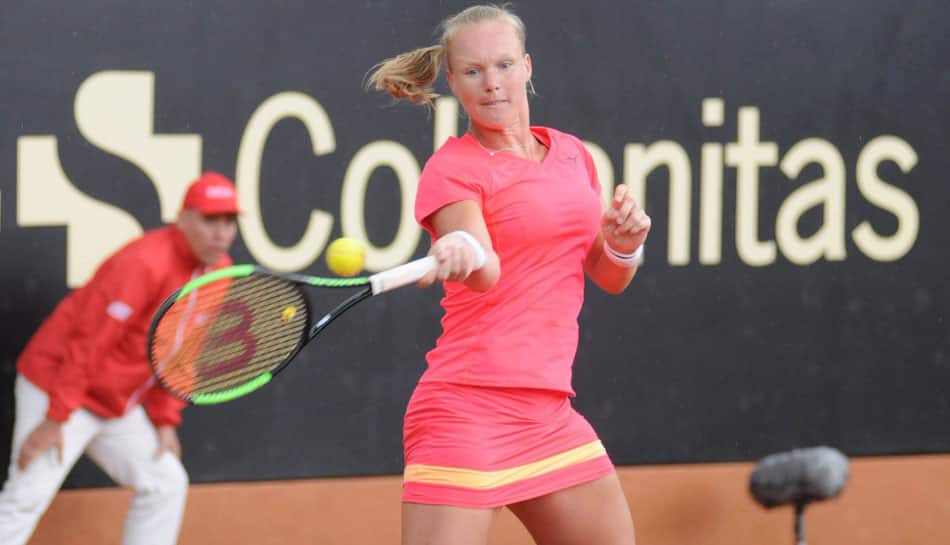 Dutch tennis star Kiki Bertens scripted history on Saturday by becoming the first woman player to clinch a title at the Madrid Open without dropping a set following a thumping win over world number three Simona Halep in the final of the tournament.

The 27-year-old player from the Netherlands looked dominant throughout the summit showdown as she eased past reigning French Open champion Halep 6-4, 6-4 in almost one and a half hour to lift the title.

Romanian tennis star Halep, on the other hand, won back-to-back titles in 2016-17 and was bidding for a record-tying third Madrid Open title ahead of the final. The victory at the summit showdown would have seen Halep return to the numero-uno spot in the WTA rankings.

Bertens, who defeated three Grand Slam winners Jelena Ostapenko, Sloane Stephens and Petra Kvitova en route to her eventual title win, has now broken into the top five for the first time. She will climb up to take the world number four spot in the WTA rankings which will be released on Monday.