France forward Griezmann, 28, rejected a move to Barcelona last year but announced in May that he was leaving Atletico, where he has spent the last five seasons since signing from Real Sociedad in 2014. 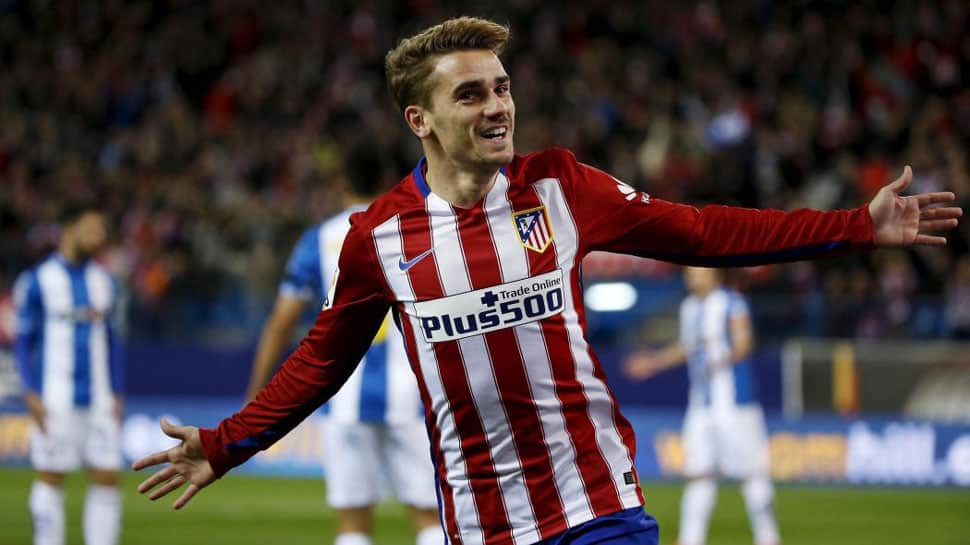 Spanish champions Barcelona announced the signing of striker Antoine Griezmann on Friday for 120 million euros ($135 million) from a fuming Atletico Madrid, who said the Catalan club had not paid enough to trigger the player`s release clause.

France forward Griezmann, 28, rejected a move to Barcelona last year but announced in May that he was leaving Atletico, where he has spent the last five seasons since signing from Real Sociedad in 2014.

Barca have been trying to lure Griezmann to the Nou Camp since November 2017, but the forward signed a new five-year deal with Atletico in June 2018 that had a 200 million euros buy-out clause, which dropped to 120 million euros on July 1 this year.

Atletico said that Griezmann`s May 14 announcement that he was leaving the club is proof a deal had already been struck between the player and Barcelona before his buy-out clause dropped.

"Atletico Madrid considers that the deposited amount is insufficient to cover (Griezmann`s) buyout clause, since it is obvious that the agreement between the player and FC Barcelona was closed before the clause was reduced from 200 million euros to 120 million euros," the club said in a statement.

"It was also prior to the date on which the clause was modified the communication that the player made on May 14 announcing his disassociation from the club."

"Atletico Madrid believes the termination of the contract happened before the end of the last season due to facts, acts and demonstrations made by the player, and therefore has already initiated procedures it has deemed appropriate to protect their rights and lawful interests."

Barca`s long-running pursuit of the Frenchman, who scored 133 goals in all competitions for Atletico, has been the worst-kept secret in Spanish football.

The champions announced his signing in a statement earlier on Friday, in which they revealed his new five-season contract included an 800 million euros buyout clause.

The capture of the France striker adds further firepower to a Barca strikeforce already containing Lionel Messi and Luis Suarez and could yet be bolstered further by the return of Neymar Jr.

Spanish media reports say the Brazil forward is keen to return to Barca and regrets leaving the club for Paris St Germain in 2017 for a world record 222 million euros.