Maybe a suspension is the only answer for Nick Kyrgios: Rod Laver

Following a third-round exit at the US Open, Kyrgios had said that he had no idea how to perform well in Grand Slams after going five years since making it to the quarter-final of a major. 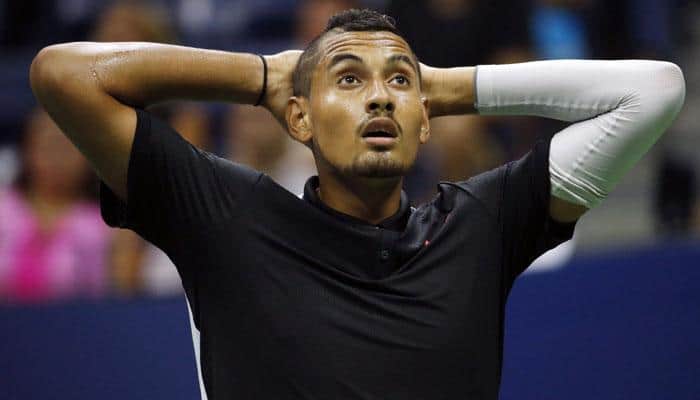 Following a third-round exit at the US Open, Kyrgios had said that he had no idea how to perform well in Grand Slams after going five years since making it to the quarter-final of a major.

Kyrgios had once again also invited controversy when he accused the Association for Tennis Professionals (ATP) of being corrupt for handing him fine over his antics at the Cincinnati masters.

Laver believes Kyrgios need to knuckle down the on-court antics as it is "interfering with his own ability" and take a discipline pill if he wants to parlay his undeniable potential.

"I don't know if he's deliberately aiming for publicity or whether he's aiming at individual things that he wants to accomplish, but that's the one thing he lacks, is discipline," Sport24 quoted Laver as saying to the Sydney Morning Herald quoted.

"And if he got some discipline, then most things come pretty simple.You don't interfere with your talent and that's what he's doing, is interfering with his own ability," he added.

11-time major champion Laver, who is arguably tennis' greatest ever player, further said that one has to be a superhuman to take the role of Kyrgios' coach. Though the former tennis great does not see much drawbacks in Kyrgios' game, he believes the Australian player need to control his emotions in order to get results.

"He's got probably the best serve in the game and so he knows how to win, but he has to apply himself and that's the one thing that's been a problem for him.Tennis is a mental game in many ways and he's letting too many things get into the game of tennis," Laver stated.

Kyrgios, who received a code violation for exceeding the shot-clock time limit between points at the Cincinnati Open, went down fighting against Andrey Rublev of Russia 6-7 (5-7), 6-7 (5-7), 3-6 in the third round of the US Open.