Prior to the start of the tournament, officials had boasted a 25 percent jump in ticket sales but the stands have been mostly empty through two days with only one of four sessions completed. 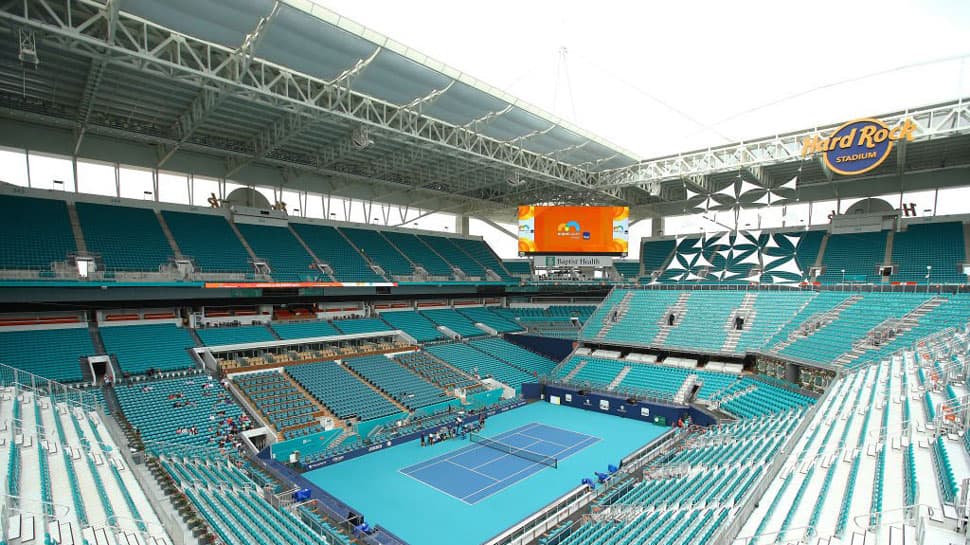 Rain again spoiled the Miami Open party wiping out the evening session on Wednesday and adding to what has been a soggy kickoff to a tournament looking for a new start.

A move from the cramped Crandon Park on picturesque Key Biscayne to the wide open spaces at Hard Rock Stadium was expected to provide the Miami Open with a bright future. But so far dark storm clouds have cast a wet shadow over proceedings.

Prior to the start of the tournament, officials had boasted a 25 percent jump in ticket sales but the stands have been mostly empty through two days with only one of four sessions completed.

Organisers have now been left with a backlog of matches to schedule and sending out refunds.

Canadian teen sensation Bianca Andreescu, who claimed a stunning victory at Indian Wells on Sunday, was to be the headliner on the opening day but never made it onto the 13,800-seat stadium court to face Romania`s Irina-Camelia Begu.

"I think the stadium is beautiful. I think the logistics here work out pretty well," said Azarenka, a former world number one.

"I feel the expansion of the tournament was, first of all, really necessary. There is a lot more room. There are a lot of better facilities. So I`m pretty happy."

Before the rain began 17-year-old American hope Amanda Anisimova gave the small crowd something to cheer about as she romped into the second round with 6-4 6-3 win over Germany`s Andrea Petkovic.

Before Andreescu grabbed the spotlight, Anisimova had appeared to be the teenager to watch after she started 2019 with a run to the quarter-finals in Auckland and a fourth-round appearance at the Australian Open.