With the win, the Indian-Canadian team has now set up a clash against Croatia's Nikola Mektic and Spain's Marcel Granollers for a place in the quarter-finals in Miami. 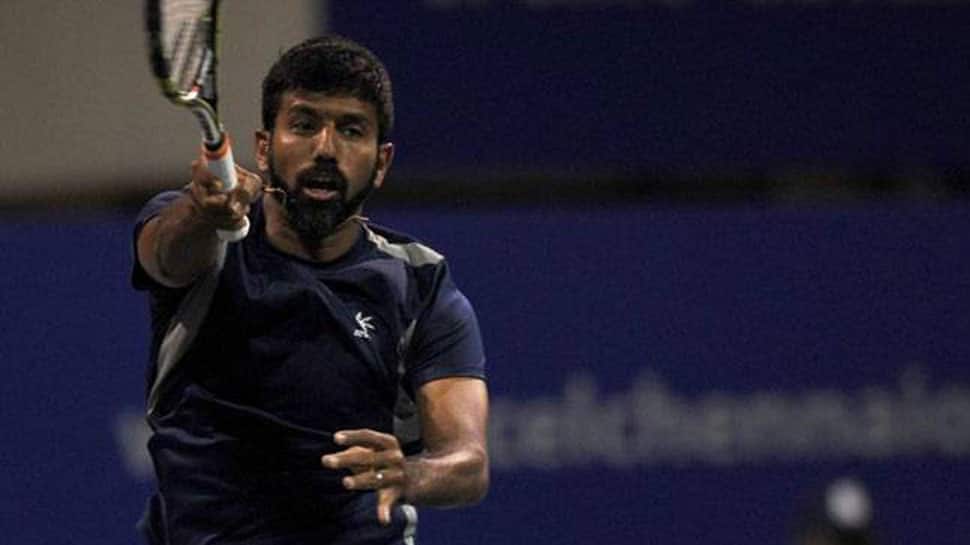 Indian tennis ace Rohan Bopanna and his Canadian partner Denis Shapovalov produced a spirited performance as they bounced back from a set down to book their place in the last-16 of the ongoing Miami Open on Sunday.

After winning the opening set comfortably by 7-5, the Indian-Canadian duo failed to capitalize on the same and went down in the second set 2-6 against the American-Russian pair of Austin Krajicek and Artem Sitak in the second round of the tournament.

However, Bopanna and Shapovalov rebounded strongly thereafter to eventually clinch a 7-5, 2-6, 10-6 win over Krajicek and Sitak in a thrilling round-of-32.

With the win, the Indian-Canadian team has now set up a clash against Croatia's Nikola Mektic and Spain's Marcel Granollers for a place in the quarter-finals in Miami.

In another men's doubles clash,  Bob Bryan and Mike Bryan of United States of America also booked their place in the pre-quarterfinals of the tournament with an easy 6-1, 6-4 triumph over Hungary's Marton Fucsovics and Czech Republic's Roman Jebavy in round-of-32.

The Bryan brother will next square off with the Croatian-Chilean pair of Franko Skugor and Nicolas Jarry in the last-16.