This year's French Open is scheduled to take place from May 26 to June 9, while qualification for Wimbledon will be held in late June before the tournament begins on July 1. 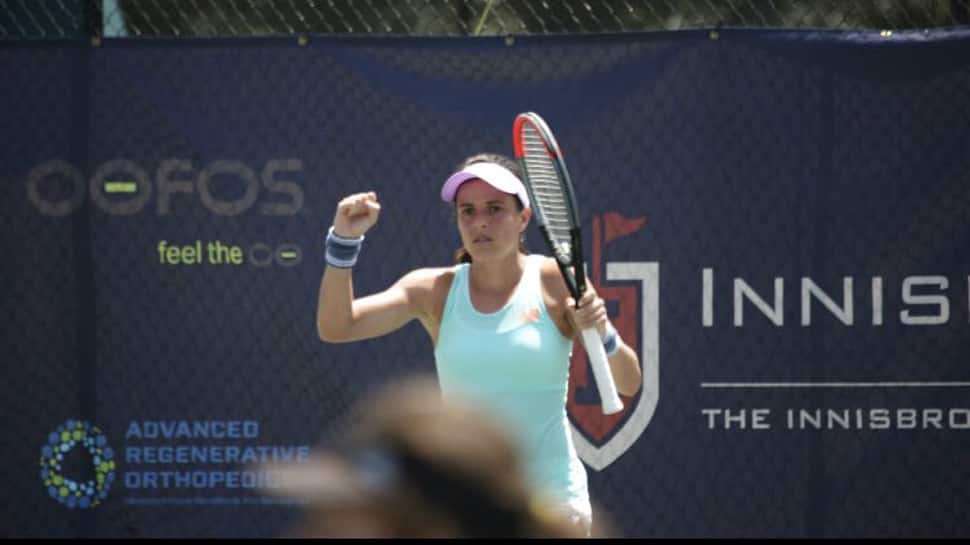 American tennis star Nicole Gibbs is all set to miss this month's French Open after being diagnosed with salivary gland cancer.

The 26-year-old was alerted by her dentist that she had a growth on the roof of her mouth, following which a biopsy revealed that she has a rare form of cancer in her gland, BBC reported.

Taking to her Twitter handle, Gibbs said that there is a 'great prognosis' for this type of cancer and the surgery to treat the same will take place on Friday.

"Unfortunately I will be withdrawing from the remainder of the clay season and will not be competing at this year's Roland Garros.Fortunately, this form of cancer has a great prognosis and my surgeon is confident that surgery alone will be sufficient treatment," the American tweeted.

"He even okayed me to play an extra couple of tournaments these past few weeks, which served as a nice distraction," Gibbs said.

Currently ranked 117th in the world, Gibbs made it to the third round of the 2014 US Open as well as the 2017 Australian Open.

Though Gibbs is expected to take a recovery period of four to six weeks, she said that she would do everything possible to slash it down and get back to full health as soon as possible.

This year's French Open is scheduled to take place from May 26 to June 9, while qualification for Wimbledon will be held in late June before the tournament begins on July 1.