Six-times Australian Open champion Novak Djokovic has distanced himself from reports that he called for a boycott of next year’s tournament unless there was an increase in prize money. 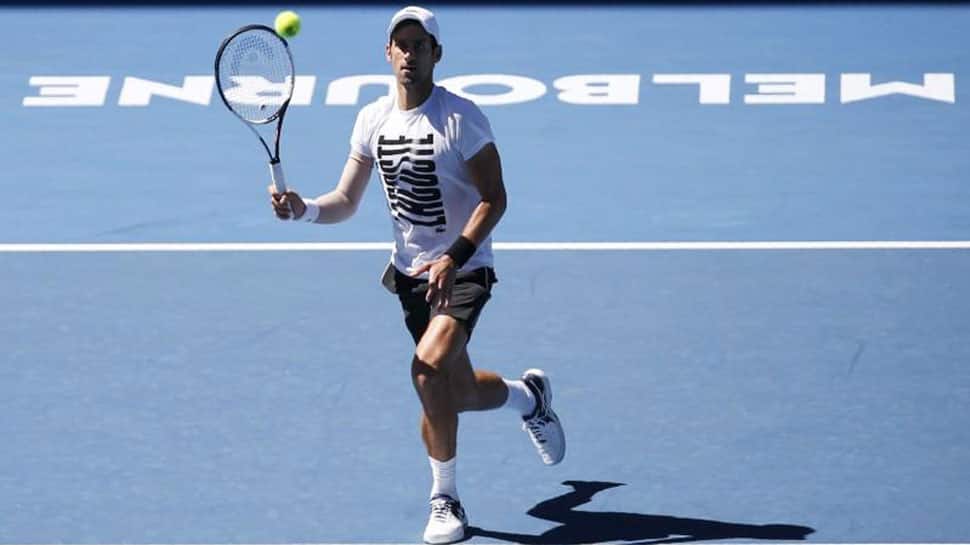 Melbourne: Six-times Australian Open champion Novak Djokovic has distanced himself from reports that he called for a boycott of next year’s tournament unless there was an increase in prize money.

Media reports said the 30-year-old Serb, who is president of the Players’ Council, was pushing for a revolt over the way revenues from the four grand slams were distributed.

The reports also suggested he had demanded officials from the Association of Tennis Professionals (ATP), which runs the men’s Tour but not the grand slams, and Tennis Australia leave a players’ meeting on Friday.

After his easy victory over American Donald Young on Tuesday, however, Djokovic set the record straight.

“No boycott, no,” the former world number one replied when asked if he had threatened one.

”Not much of what you have wrote is true. What happened is that we, players, just wanted to have us players talk about certain topics. I don’t think there is anything unhealthy about that. This is one of the places where we get together.

”We wanted to use this opportunity to speak about certain subjects and see how everyone reacts to that, see what opinions are. There were no decisions being made.

“There were no talks about boycott or anything like that.”

Djokovic, who has won 12 grand slam singles titles, also denied that ATP officials had been thrown out of the players’ meeting or that a lawyer had been present.

“Everything was done in a very normal, polite way,” he said. “Players wanted to stay alone. There were 100 players in the room. We talked about things that we talked about. That’s all.”

RIGHT DIRECTION
The reports said the players had also discussed creating a union, independent of the ATP, to represent their concerns and push for greater prize money.

The ATP, established in 1972, is owned jointly by the tournaments and the players.

Djokovic said there had been no discussion about player unions, though American former world number one Andy Roddick took to social media to support the idea.

“It’s been a good idea for a long time:)” he said on Twitter. “Impossible for an entity to represent both sides of a negotiation. I‘m amazed it’s not talked about more ..”

Players at the Australian Open have been reluctant to talk about the issue but Players’ Council vice-president Kevin Anderson confirmed that discussions about prize money had taken place, with the focus on helping lower-ranked players make a better living.

“The top guys aren’t out for how they can squeeze more money for themselves,” South African Anderson was quoted as saying in various media reports. “Obviously they’ve had very lucrative careers. Now if you are top 100 you are making a good living. I think we want to push that to the (top) 150, 200.”

Prize money in the grand slams has increased drastically in recent years. Wimbledon’s total fund has nearly doubled in the last five years, rising from 16.06 million pounds to 31.6 million pounds ($43.59 million) in 2017, although the percentage rises have been greatest for early-round losers.

The Australian Open prize money increased by 10 percent this year to A$55 million ($43.82 million) with the winners of the men’s and women’s singles titles pocketing A$4 million.

Prize money on the ATP Tour has risen 113 percent over the last 10 years.

”Everybody’s trying to do their best,“ Djokovic said. ”I mean, we are here at the Australian Open, and they always try to compensate the players in a best possible way.

“Things are going in the right direction.”