The 22-year-old will next face Canadian teenager Denis Shapovalov, who continued his run of dominant serving without being broken on his way to an impressive win over Croat Marin Cilic. 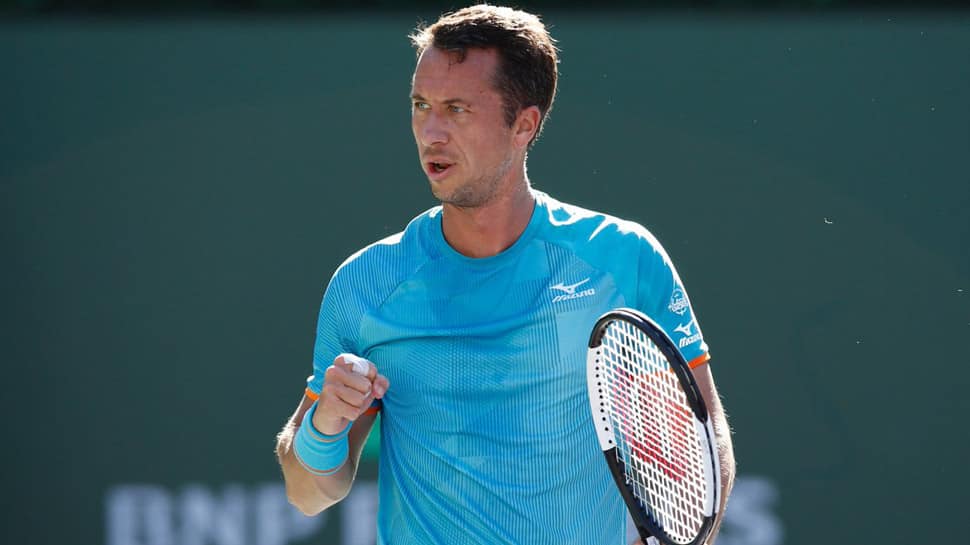 Philipp Kohlschreiber stunned Novak Djokovic 6-4, 6-4 in the third round of the BNP Paribas Open on Tuesday, sending the world number one tumbling out of a tournament he has won five times.

The German punched the air in celebration after a video review confirmed that his forehand winner caught the line on match point to seal the upset victory in the Indian Wells.

The top-seeded Serb, who had not dropped a set in four matches since the round of 16 at the Australian Open in January, looked out-of-sorts throughout the 98-minute contest.

He committed 27 unforced errors, converted just one of his five break point opportunities and destroyed his racket at one point when frustration boiled over on a sunny day in the Southern California desert.

His sloppy play did not diminish the 35-year-old Kohlschreiber's joy at defeating a number one ranked player for the first time in his long career.

"It's a very special moment. Of course, playing the top guys is always a big pleasure, but most of the time they beat you," Kohlschreiber said in an on-court interview.

Djokovic tipped his cap to the veteran after the match.

"He's been around for so many years and he doesn't really get overwhelmed by the occasion. He`s proven that he can win against the top guys," he told reporters.

Kohlschreiber will not have long to celebrate, however, as the overnight interruption of his match against Djokovic for rain means he will be back on the court for a fourth-round meeting with France's Gael Monfils on Thursday.

In another upset earlier, Pole Hubert Hurkacz fired 10 aces en route to a 4-6, 6-4, 6-3 win over world number seven Kei Nishikori of Japan to reach the fourth round.

The 67th-ranked Hurkacz needed just over two hours to complete the comeback win over the 2014 US Open finalist.

Shapovalov Raps To Fans After Win

Hurkacz will next face Canadian teenager Denis Shapovalov, who continued his run of dominant serving without being broken on his way to an impressive 6-4, 6-2 win over 10th seeded Croat Marin Cilic.

After the match, Shapovalov expressed his appreciation for his fans by rapping a song.

"Take care and good night, know this the good life, hot tubs and court time, Thursday we back alright!" he rapped at the end of the song, which got a roar of approval from the audience.

Krajinovic will be a big underdog when he faces Spain's world number two Rafa Nadal, who crushed Argentine Diego Schwartzman 6-3, 6-1 on the showcase court to reach the last 16.

World number four Roger Federer needed under an hour to defeat fellow Swiss Stan Wawrinka 6-3, 6-4 and will next face Briton Kyle Edmund, who defeated Radu Albot in straight sets earlier in the day.

The big-serving 2012 Indian Wells finalist will face Russian Karen Khachanov, after he defeated countryman Andrey Rublev 7-5, 6-3 in their fourth-round match.