Djokovic, along with Grigor Dimitrov, Borna Coric and Viktor Troicki, tested positive for coronavirus after playing in his exhibition tournament Adria Tour. 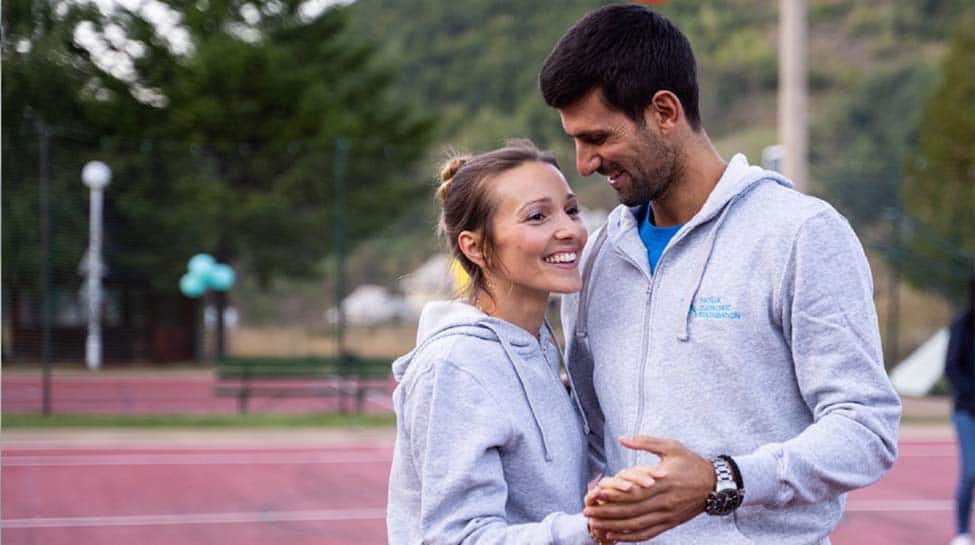 Novak Djokovic and his wife Jelena have tested negative for COVID-19, nine days after returning a positive test, the world number one tennis player’s media team said on Thursday.

Djokovic, along with Grigor Dimitrov, Borna Coric and Viktor Troicki, tested positive after playing in the Adria Tour, an exhibition tournament organised by the 17-times Grand Slam champion.

“Novak Djokovic and his wife Jelena tested negative for COVID-19, as the most recent test they took in Belgrade showed. They felt no symptoms of the virus and took the test after consultations with the doctors,” the statement said.

“They spent the past 10 days in self-isolation upon returning from Zadar (in Croatia), having adhered to all COVID-19 protocols and safety measures.”

The tournament witnessed packed stands during the opening leg staged at Djokovic’s tennis complex in Belgrade from June 13-14, with players hugging at the net, playing basketball, posing for pictures and attending press conferences together.

The players did not break any Serbian or Croatian government protocols, as neither country required the athletes to maintain any social distancing

However, Djokovic, who was heavily criticised for staging the event, issued an apology, saying he was extremely sorry for the harm that had been caused.

Serbia has over 15,000 registered cases and 287 deaths due to the pandemic.