Djokovic, who was stunned by Greek sensation Stefanos Tsitsipas in the quarter-finals of the Shanghai Masters earlier this month, will look to improve his ATP Head-to-Head series 4-1 against Edmund. 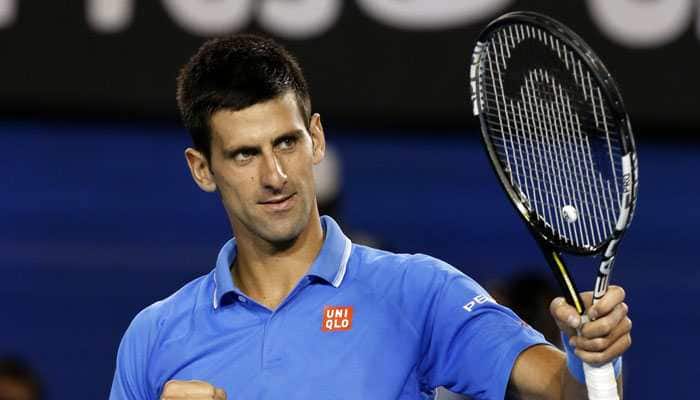 World number one Novak Djokovic will look to book his place in the quarter-final of the men's singles event of the ongoing Rolex Paris Masters when he locks horns with British tennis player Kyle Edmund in the last-16 of the tournament on Thursday.

On Wednesday, the Serbian tennis maestro saved two set points in the first set before he broke his French partner Corentin Moutet 7-6(2), 6-4 in a thrilling opening round of the tournament that lasted one hour and 46 minutes.

Following the clash, Djokovic admitted that he was not feeling 100 per cent fit and had also committed a lot of errors en route to his victory.

“I didn't feel health-wise 100 per cent in the last couple of days, but it is what it is. It's not the first time I didn't play at a really high level. Lots of errors, especially in the first set,” the Association for Tennis Professionals (ATP) quoted Djokovic as saying.

“First time against a young player who is talented, very quick. Returns a lot of balls back that usually other guys wouldn't get, he gets it. And he was pumped, and I respect his fighting spirit.It was a good match in the end, and I found a way to win, which in [these] circumstances... when you're not feeling your best, is important," he added.

Djokovic, who was stunned by Greek sensation Stefanos Tsitsipas in the quarter-finals of the Shanghai Masters earlier this month, will now look to improve his ATP Head-to-Head series 4-1 against Edmund.