Petra Kvitova battles into third round of Madrid Open

Kvitova will now face either Romanian wildcard Sorana Cirstea or former World No four Caroline Garcia in the last-16 of the tournament. 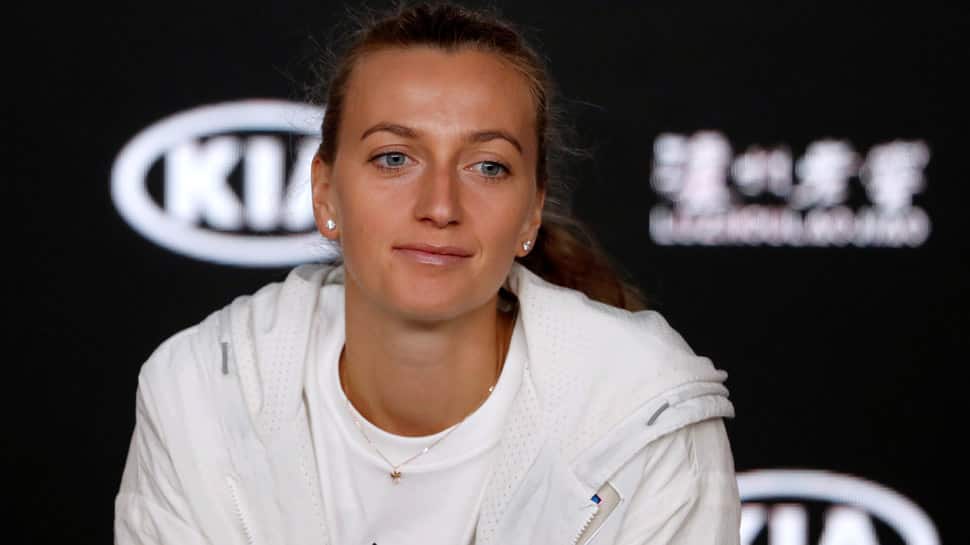 Reigning champion Petra Kvitova produced a rich vein of form as she brushed aside Kristina Mladenovic of France in straight sets to storm into the third round of the Madrid Open on Monday.

Defending champion Kvitova was tested by big-hitting Frenchwoman Mladenovic in a tense tie-breaker but the Czech held her nerve to eventually seal a 6-3, 7-6(5) win in a thrilling second-round clash of the women's singles event that lasted one hour and 55 minutes on Court Manolo Santana.

Kvitova broke serve to kickstart the match, only to see 2017 runner-up Mladenovic forcing two break points on the former's serve in her hopes of taking the lead.

However, the second-seed player held her nerve to save both the serve and eventually seal the opening set.

In the second set as well, Kvitova once again broke first only for Mladenovic to level up, but the Czech sealed the final three points of the tie-breaker to emerge out victorious, the Women's Tennis Association (WTA) reported.

With the win, the Czech second seed has sealed her eighth straight match at the Caja Magica as well as the last five matches over qualifier Mladenovic.

Kvitova, who is bidding for her fourth title at the Madrid Open, will now face either Romanian wildcard Sorana Cirstea or former World No four Caroline Garcia in the last-16 of the tournament.

Elsewhere, America's Sloane Stephens rebounded strongly from a set down to clinch a 6-4, 2-6, 6-2 win over Belarusian tennis star Victoria Azarenka to in the second -round meeting.

Eighth-seed Stephens has now registered fourth straight victory against Azarenka, having suffered defeats in the first three matches of their seven career meetings.

Stephens will now square off with the winner of another round-32 clash between Zheng Saisai and Alizé Cornet.