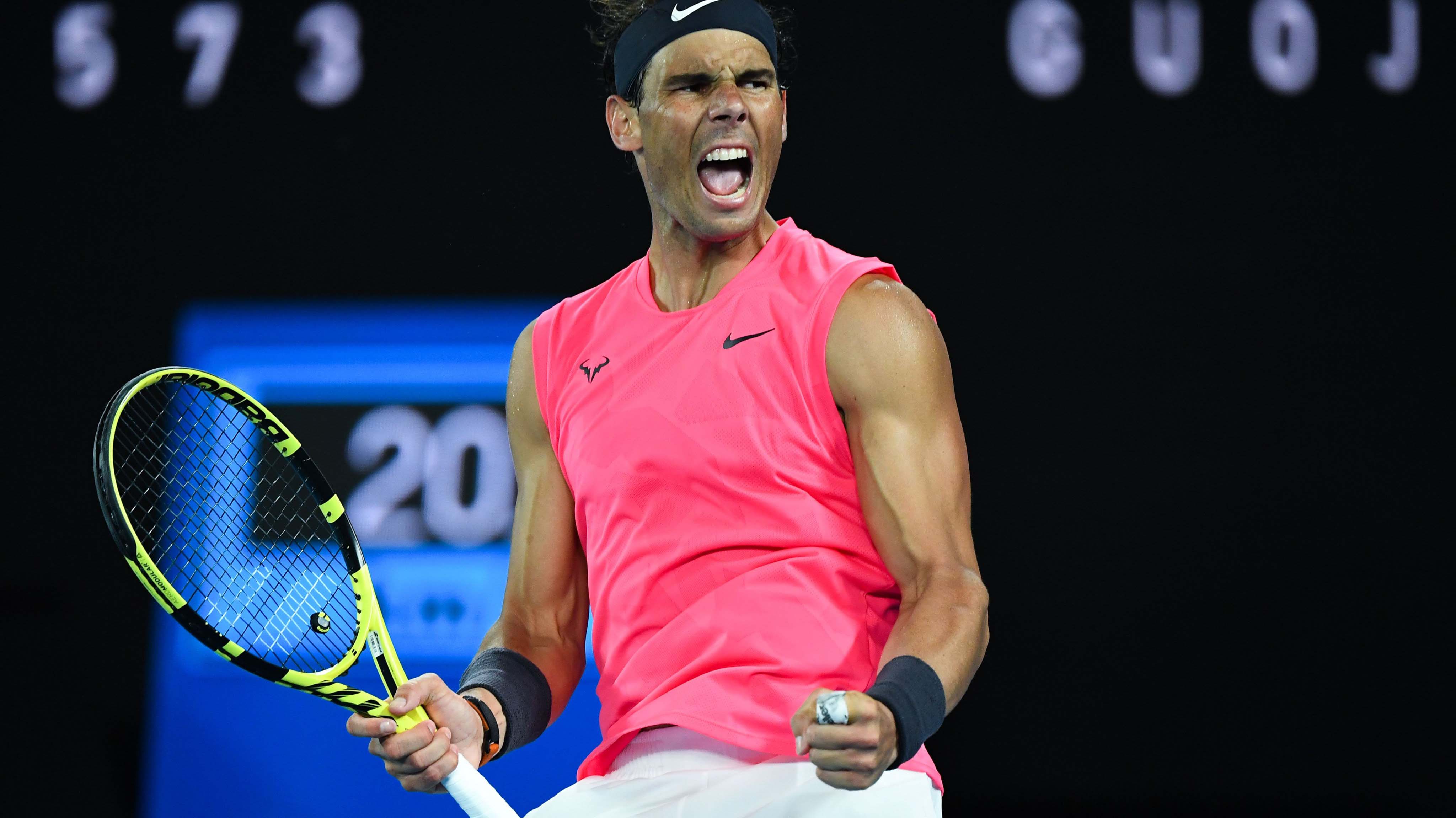 World number one Rafael Nadal lost his first set of the tournament but rode out a spirited challenge from Nick Kyrgios to move into the quarter-finals of the Australian Open for the 12th time with a 6-3, 3-6, 7-6(6), 7-6(4) victory on Monday. Australian Kyrgios was a match for the 19-times Grand Slam champion in the second and for most of the third set but the muscle-bound Spaniard always looked like the most likely winner once he got his nose back in front.

Kyrgios broke back when Nadal was serving for the match in the fourth set to reignite the contest and bring the partisan Rod Laver Arena crowd back into the equation. The top seed gritted his teeth and went again in the tiebreak, however, moving through to a last-eight meeting with Austrian Dominic Thiem when Kyrgios netted a forehand after three hours and 38 minutes.

Seventh seed Alexander Zverev of Germany strolled past Andrey Rublev 6-4, 6-4, 6-4 on Monday to end the Russian`s 15-match winning streak and book his maiden quarter-final spot in the Australian Open. Rublev arrived in Melbourne having won titles in Doha and Adelaide at the start of the season while he also won all four singles matches he contested at the season-ending Davis Cup Finals in November.

But the German put in a clinical performance, breaking his opponent`s serve once in each set while not facing a single breakpoint of his own, to complete the win in straight sets.

Zverev served 11 aces and hit his 34th winner to complete the win and set up a quarter-final clash against former champion Stan Wawrinka, who earlier battled past Russian fourth seed Daniil Medvedev 6-2, 2-6, 4-6, 7-6(2), 6-2.