Nadal declares himself ready to throw himself into a 14th campaign in Melbourne, starting with a first-round match against Australian wildcard James Duckworth. 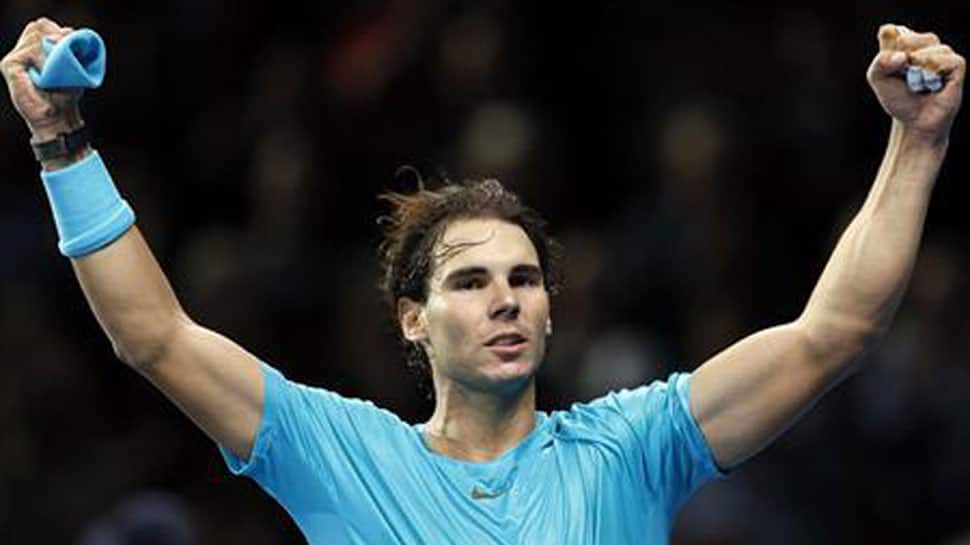 Spanish tennis maestro Rafael Nadal shrugged off concerns about his fitness ahead of the Australian Open and paid tribute to fellow `Big Four` rival Andy Murray, a day after the emotional Briton revealed his plans to retire after the tournament.

2009 Australian Open champion Nadal pulled out of the Brisbane International warm-up with a thigh strain, raising fears about his campaign at Melbourne Park after his 2018 season ended early with ankle surgery and an abdominal injury.

However, the 32-year-old Spaniard declared himself ready to throw himself into a 14th campaign in Melbourne, starting with a first-round match against Australian wildcard James Duckworth.

"If I am not feeling good, I will not be here," the 17-times Grand Slam champion said at Melbourne Park on Saturday."I have good feelings in terms of the surgery that I have in the foot. I can say it`s almost done.

"Then, of course, after surgery, after months without competing, having troubles to practice, of course there is always issues when you come back.But nothing new for me. I had a couple of (times) of this. Just accept the challenges the body presents and the tennis presents," Nadal said.

In an emotional media conference on Friday, a tearful Murray revealed the pain from his troublesome right hip was proving too much to bear and said the Australian Open could be his last tournament as a professional.

Of the many banged-up players on tour, Nadal may be the most able to empathize with Murray, having spent long periods on the sidelines with serious knee problems.

"It will be a very important loss for us, for the world of tennis, for the tour, for the fans, even for the rivals that he has been part of a great rivalry between the best players for a long time, and a great competitor," Nadal said of the three-times Grand Slam champion, who he played in junior tournaments when they were barely into their teens.

"But that`s life. Seems like he has not (had) a very long career because today players are playing that long. But he`s 31. 10 years ago, if he retired at 31, we will say he had a great and very long career. That`s the real thing. So all the best for him. We will miss him," he added.

Nadal was forced to retire hurt in the fifth set of last year`s quarter-final against eventual finalist Marin Cilic, eight years after pulling out midway through his last-eight clash against Murray with a knee injury.

Doubts about the second seed`s ability to withstand seven matches on hardcourts were reinforced when he retired in the U.S. Open semi-final against Juan Martin del Potro last year.

Despite that, Nadal is leaving no stone unturned in Melbourne and brings a remodeled serve aimed at generating more pace and, hopefully, shortening points.

"You need to make yourself feel alive, you know? There are always things to improve ... I didn`t compete with this new serve, so let`s see how it works. I am confident it`s going to work well," Nadal signed off.