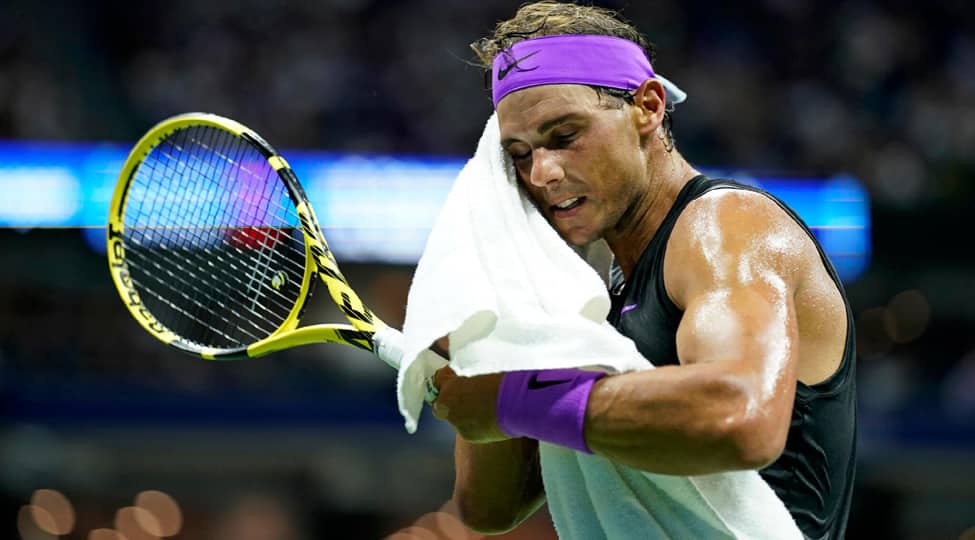 World number two Rafael Nadal booked his place in the final of the US Open after battling past 24th seed Matteo Berrettini of Italy in straight sets in the semi-final clash of the men's singles event at Flushing Meadows on Saturday.

Nadal took more than two and a half hour to sweep aside first-time major semi-finalist Berrettini 7-6(5), 6-4, 6-1 under the lights of Arthur Ashe Stadium.

In the opening set, the Spanish tennis maestro made a double fault in the tie-breaker before Berrettini used his arsenal of weapons from the baseline to take a 4-0 lead. However, Nadal rebounded strongly, erased the deficit to clinch the first set.

Nadal earned his first break point of the match when his Italian opponent missed into the net at 3-3 in the second set. Subsequently, the second-ranked player then took a commanding lead from there and never looked back.

In the third and final set, Nadal came up with a much more aggressive performance to take an early 4-1 lead before he whipped an inside-out forehand winner to wrap the match.

Following the win, the Spaniard looked really happy to make it to the final of the fourth major of the season for the fifth time.

"The first set was a little frustrating because I had a lot of break points before the tie-break and he didn't have any. In the tie-break I was a little lucky because he had 5/2 and 4/0. But I survived at that moment and I finally got the break in the second and then the match completely changed. I started to play with more calm and be more aggressive. I'm super happy to be back in the final of the US Open," the Association for Tennis Professionals (ATP) quoted Nadal as saying.

En route to his victory, the three-time US Open champion smashed 31 winners and won the point on 17 of his 21 trips to the net while making just 18 unforced errors.

Maybe a suspension is the only answer for Nick Kyrgios: Rod Laver