The 21-year-old American paved the way for the victory by successfully challenging what Schnur thought was an ace at 7-7 in the final tiebreak. 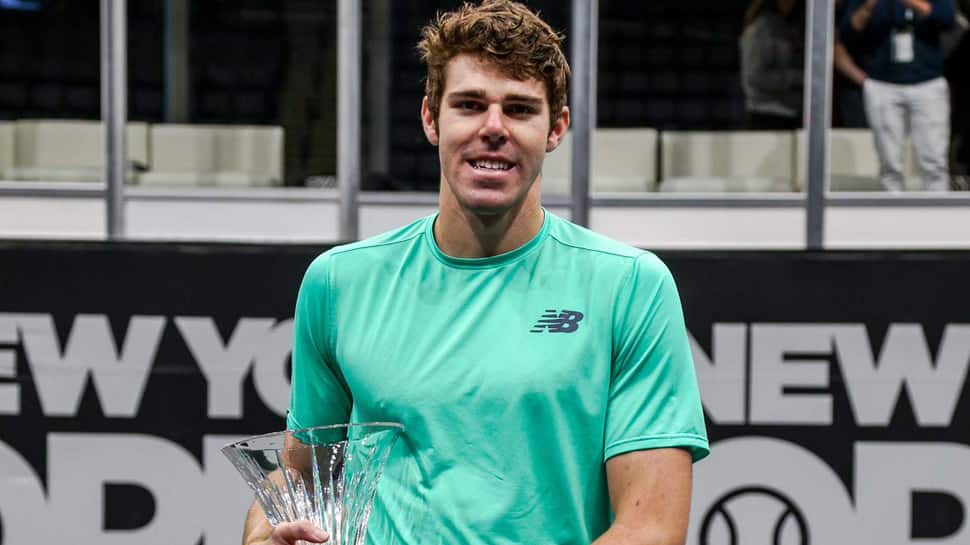 The 21-year-old American, paved the way for the victory by successfully challenging what Schnur thought was an ace at 7-7 in the final tiebreak.

Schnur's shot was shown to be just out, so instead of having championship point the Canadian had a second serve, which he netted.

Opelka then slammed in his 43rd ace of the match for the victory.

He had the same number of aces in beating top seed John Isner in their semi-final on Sunday.

"This is definitely what I'm most proud of. I was tough mentally, especially losing a lot of first sets this week and my first serve really helped me out. I was able to play clutch in those big moments," Opelka told reporters.

Opelka easily won the opening set against Schnur but, the Canadian rebounded in the second by saving two championship points in a tiebreak and claiming the set when Opelka double faulted.

Schnur had never won an ATP Tour main draw match before this week and won two qualifying matches just to get into the tournament.

"It's a dream come true for me. This week showed that I belong in these big tournaments and playing against the top guys. It's unfortunate the way it ended because I left it all out there and did everything I could, but that's how sports go sometimes," Schnur signed off.

Split with coach Sascha Bajin not over money: Naomi Osaka