After the inaugural Laver Cup contested between Team Europe and Team World was held in Prague in 2017, last year`s tournament in Chicago drew sellout crowds as Federer and world number one Novak Djokovic helped Europe win 13-8. 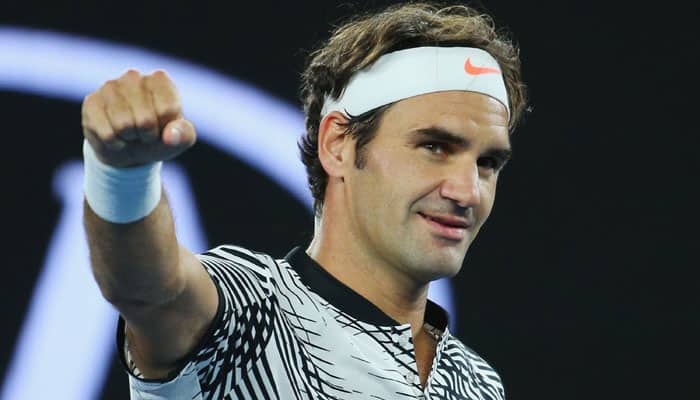 Roger Federer said he would be happy for the Laver Cup to be played in China in the future, ahead of the tournament`s third edition starting on Friday in Geneva.

After the inaugural Laver Cup contested between Team Europe and Team World was held in Prague in 2017, last year`s tournament in Chicago drew sellout crowds as Federer and world number one Novak Djokovic helped Europe win 13-8.

"Why not... it`s completely open and flexible, but you have got to ask the Laver Cup people," 20-times Grand Slam champion Federer told reporters on Thursday.

"I`m sure they`re looking into it, where it`s going to go for the next decade or so.

"China has been a good place for us players. The tournaments in Shanghai and Beijing, they`ve been big. It`s growing there as well with all the tournaments that are coming now, also on the women side."

"Sure, there`s other countries and cities that really also would like it in the future. I just like it to be in the place that is super excited about hosting the Laver Cup like Prague, Chicago and now also Geneva has shown, that would be the same in China if it ever goes there."

Europe also won the first edition and Team World captain John McEnroe said he hoped they could finally get one over their rivals in Switzerland.

"This is a great event and a great format I believe for our team," McEnroe said. "We`ve been very close obviously.

"So close yet so far, so it would be awesome if this time we can get over the hump, get a little luck going our way and step up."

Team World`s Nick Kyrgios echoed McEnroe`s sentiments and said he was looking forward to what is one of his favourite weeks of the year.

"The way we`ve come together as a group, our chemistry is much better than Team Europe`s and I think that gives us a good shot in every year," Kyrgios said.

"We`re out there watching each other play the entire time and I know personally I enjoy seeing my team mates out there and I know these guys feed off energy as well. I think as a group we come together."